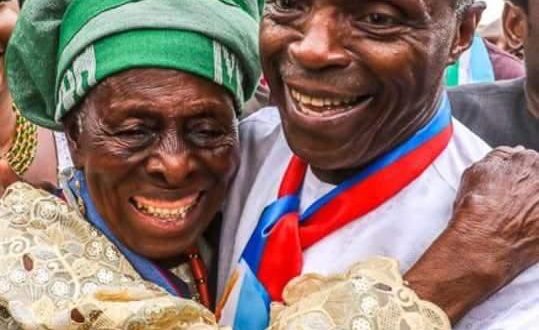 How Osinbajo, Others Survived Helicopter Crash

February 3, 2019 Comments Off on How Osinbajo, Others Survived Helicopter Crash 70 Views

The Presidency has given further details of how a chopper conveying Vice President Prof Yemi Osinbajo, SAN, others crashed in Kabba Kogi State, Central Nigeria.

A statement by Laolu Akande, spokesman of Vice President revealed Saturday evening that a total of 12 people were on board the chopper which crashed earlier in the day.

According to Akande, “Alongside VP Osinbajo, the Minister of State for Labour and Productivity, Prof. Stephen Ocheni, senior presidential aides, security officials and the crew; there were a total of 12 people on board. Everyone came out safely after the incident.” He further disclosed that Osinbajo departed Abuja around 1pm Saturday on a Chopper ride to Kogi State in continuation of the Family Chats and Next Level engagements.

“Prof. Osinbajo headed first to Kabba, and while landing at the Kabba Stadium, the Helicopter suddenly skidded sideways until it halted on its side few metres away from the intended resting spot.

“We are grateful to God for His protection and safety, and we thank the crew and security personnel for their prompt response and service. We are also grateful for the tremendous expressions of concern and affection, as well as prayers from all.

The VP’s spokesman also disclosed that “As is procedural, a full investigation into the causes of the incident would be conducted by aviation authorities.”

“The Vice President is continuing the planned engagements in Kogi State according to plan” the statement said.

Meanwhile, Special Adviser to President Muhammadu Buhari on Political Affairs, Senator Babafemi Ojudu, who was among those onboard the presidential helicopter has attributed their survival to God and the safety belts.

Ojudu in a post on his Facebook page also commended the security officials and members of the rescue team who compromised their own safety to ensure that everyone in the chopper was promptly evacuated.

Ojudu’s post read: “To family, friends and associates thank you all for your concern and show of love and affection. I can’t thank you enough. It was a miracle we survived. The belts did a marvelous job and so were the security men on ground who quickly pulled us out of the wreckage not minding their own safety.

We were also calm all through the ordeal. There was no panic of any kind. The immediate concern of all of us was the safety of our principal. We ensured he got out first. He too ensured we were all out before going into a vehicle. When we were all safely in the bus he insisted the assignment must go on and we drove to the palace of Obaro of Kabba. The Kabba people gave us a warm welcome and showered us with prayers. We thank them all.

Above all God must be praised for providing us that umbrella of protection and prevented the helicopter from exploding in flames.”