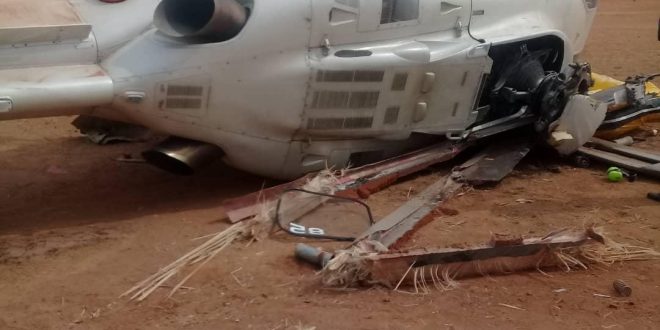 Multiple reports said Osinbajo and all the people on board were safe.

The Vice President who is in the town for his next-level engagements with the people, was undaunted by the accident.

In a video posted on WhatsApp by Johannes Tobi, the VP was seen on phone giving assurances to his caller, that ‘everything’ is OK. He was seen with Senator Smart Adeyemi, the APC Senatorial candidate for Kogi West.

Meanwhile the office of the number two citizen has issued a release confirming the incident and the safety of Vice President Osinbajo and others onboard the ill-fated chopper.

Vice President Yemi Osinbajo, SAN, has arrived Kabba, Kogi State today. His Chopper had crash landed after a landing incident, but everyone is safe.

Prof. Osinbajo now in Kabba after the incident and continuing his engagements in the State, engaging the people on the Next Level plan of the Buhari administration.

Laolu Akande
Senior Special Assistant to the President on Media and Publicity
Office of the Vice President
2nd February, 2019