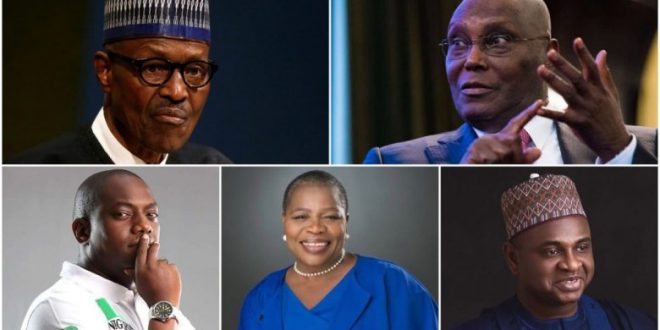 The President of the association, Mr Ken Ukaoha, made the call in Abuja on Thursday during a Town Hall meeting with farmers, traders, representatives of political parties and candidates for the 2019 general election.

He said “we invited politicians to speak with members because past ones made promises that were not fulfilled; they come with different styles, even gave out money to people and after the election, we never saw them again.

“We want them to read the documents and then signed it for us so that we can hold them accountable when they fail to deliver the promises made.”

Ukaoha added that the farmers’ document advocated that 60 per cent of agriculture investment in budgets be dedicated to small scale farmers to help tackle food security in the country.

He said that the petition was articulated to ensure that agricultural policies were effectively targetted toward small-scale farmers.

He explained that different governments had talked about agriculture but not enough fund was allocated to the sector and called for revitalisation of the Agric Extension Service “so that the extension workers would help farmers on how to increase their yield.”

Other demands, he said, were: training and enlightenment for traders, harmonisation of taxes and charges in the markets, policy inclusion at all levels, transparency in the disbursement of Small and Medium Enterprises (SMEs) loans and other funds.

Ukaoha said that the document also demanded for transparency in the allocation of shops in markets, among others.

According to him, traders and farmers are the largest in Nigeria and they are the ones to come out in their hundreds to vote.

He said that the association had sensitised people, especially at the grassroots, to educate citizens on the effects of vote buying.

The National Woman Leader, NANTs, Mrs Ruth Agbo, who expressed concern over what she described as “political and social injustice to women”, acknowledged trade as the major focus of many women in Nigeria, emphasising the contributions of women traders to the economy.

She said that shops meant for traders were being bought over by the high in the society, making it difficult for poor traders to purchase.

Mr Donald Duke, the Presidential candidate of the Social Democratic Party, said that the problem of insecurity was non productivity.

Duke, who signed the charter, said that access to fund had been the problem of small business owners, and promised to address the issues of farmers and traders if elected into office.

He said that the land act needed to be updated to make acquisition visible.Other candidates who signed the charter were: Mr Johnson Anene of SDP for Senate in the FCT, Hajiya Zainab Mohammed of Allied People Movement for House of Representatives in the FCT and Mr Marting Olagbegi for Vice President, Action Democratic Party, among others
Share this:

Share
Previous Sinkhole Tunnel Someone Dug to Link Bank Exposed
Next Group Hails Arraignment of babachir, Others in Court