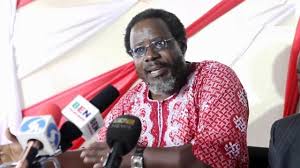 The Centre for Anti-Corruption and Open Leadership (CACOL) has hailed the verdict of a Lagos-based Federal High Court which yesterday convicted two former officials of the Independent National Electoral Commission (INEC) over money laundering.

The duo of Christian Nwosu and Tijani Bashir were arraigned before the Court by the Economic and Financial Crimes Commission (EFCC).

Although, the convicted persons are yet to be sentenced, they were pronounced guilty of laundering the sum of N264.8m, which was doled out by the former Minister of Petroleum Resources, Mrs Diezani Allison-Madueke during the 2015 elections.

In a press release issued by CACOL, its Executive Chairman, Mr. Debo Adeniran, stated that: “Given the number of graft cases in which former Petroleum Minister. Diezani has been enmeshed since 2015, one would easily have the impression that she only occupied office to loot public funds to satisfy her inordinate appetite.

” She has become the face of corruption in Nigeria as she clearly surpassed many of her male counterparts and predecessors in the looting spree she and her ilk visited on the nation.”

The CACOL boss further added: “We also commend the EFCC for its diligent investigation and prosecution of the corrupt INEC staffers. It is shameful that INEC officials that were supposed to be devoted to preventing electoral misconduct got involved in monumental diversion of public funds for the purpose of influencing the outcome of the 2015 elections.

“However, we have always emphasized the fact that the effects of official heists by those entrusted with positions of power can never be adequately quantified with regard to the improved quality of life being denied the citizens and the widespread lack of basic amenities across the nation.”

According to Adeniran: “Punishment that is commensurate with the crime of corruption is yet to be imposed on many of those found guilty and that is why cases of this nature keep re-occurring”.

The CACOL boss concluded that: “It is pertinent to state that given the myriad of corruption cases pending against Allison-Madueke, the EFCC needs to fast-track her extradition so that she and her accomplices should face prosecution.

“We also call on the judge to impose adequate sentences on the convicted ex-INEC staff which would serve as a deterrent to others.”