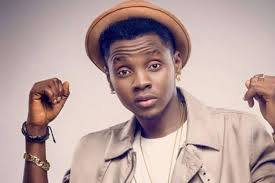 FlyBoy inc has announced management following a controversy over an alleged assault on Tumi Lawrence by Davido.

Lawrence, who was Daniel’s last known manager, had alleged that Davido and his crew manhandled him at his concert in December 2018.

The ‘IF’ singer has repeatedly denied the allegation while Daniel had remained quiet on the matter until the recent management reshuffle.

In a statement released via his Fly Boy Inc record label, the singer was mum on the incident with Davido and the fate of Lawrence.

The statement simply noted that a new head of management and public relations personnel will represent the record label and its flagship artiste.

It reads: “Fly Boy Inc is using this medium to make certain points clear to the public;

“Flyboy Inc is not responsible for any statement issued by any party, therefore please disregard any unverified stories making the rounds on social media, blogs and other news outlets.

“Fly Boy Inc holds other artistes, staff and industry personnel in high regard.

“Thanks for flying with us and we wish everyone a prosperous 2019 filled with No Bad Songz.”