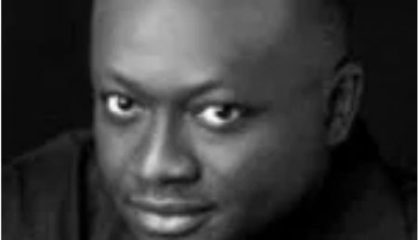 January 7, 2019 Comments Off on The Amina Zakari Storm, By Simon Kolawole 61 Views

In 2010, when Dr. Goodluck Jonathan assumed office following the death of President Umaru Musa Yar’Adua, he promised us electoral reform. He launched a campaign on “one man, one vote; one woman, one vote; one youth, one vote”. He started to speak about “credible elections”, staring our vocabulary away from “free and fair elections”. This was partly in response to the ridiculous 2007 elections that brought him and Yar’Adua to power. It could well be that 2007 was not the worst in Nigeria’s history, but INEC, under the leader of the inimitable Prof. Maurice Iwu, had conducted itself in such a way that people had to classify the body as a unit of the PDP, the ruling party then.

Yar’Adua himself was embarrassed by the conduct of the 2007 elections. He admitted that much in his inauguration speech. Iwu’s INEC allocated 24,638,063 votes to him and 6,605,299 to Gen. Muhammadu Buhari, the candidate of the All Nigeria Peoples Party (ANPP, a legacy party of the All Progressives Congress, APC). Up till today, there is no state-by-state breakdown of the election results because they were still being collated and announced at the state level when Iwu pronounced Yar’Adua the overall winner in Abuja. Yar’Adau later set up the Justice Mohammed Uwais committee on electoral reforms with a promise to deal with the anomalies.

On succeeding Yar’Adua in 2010, Jonathan removed Iwu as INEC chairman, a major signal that he was serious about electoral reforms. He appointed Prof. Attahiru Jega, a respected university teacher and former president of the Academic Staff Union of Universities (ASUU), as Iwu’s replacement. Jonathan also nominated two commissioners into INEC — Dr. Abdulkadir Sulaiman Oniyangi and the woman known as Mrs Amina Zakari (nee Husaini Adamu). Both were sworn in on July 21, 2010 at the Council Chambers. Eight and a half years later, Mrs Zakari would become the hottest topic of discussion on the credibility of elections in Nigeria. That’s the way life goes.

According to the rumour mill, Zakari is a niece of President Muhammadu Buhari. That means she will rig the presidential election in favour of her uncle to keep Aso Rock within the family, in the opinion of those opposed to her playing a major role in the elections. The rumour that she is Buhari’s niece was attributed to Alhaji Tanko Yakassai in 2015. He would later deny saying so. But Dr. Junaid Muhammad, a political associate of Senator Rabiu Musa Kwankwaso, has also been quoted as saying Mrs Zakari is Buhari’s niece and elder sister to Senator Hadi Sirika, minister of aviation. Since she is also sister to Alhaji Sulaiman Adamu, minister of water resources, it is a Buhari family affair then.

The accusation of nepotism was made by the PDP in 2015 when Mrs Zakari was appointed acting chairman of INEC. PDP initially said she was Buhari’s “sister” but has finally settled for the position of “niece” (some even say “blood niece”). I was initially happy that a woman was being saddled with such enormous responsibility. I felt Nigeria was finally overcoming its trans-generational chauvinism and, to me, it was also an indication that women were going to play a major role in Buhari’s government. I was wrong on both counts. A substantive chairman was appointed in Prof. Mahmood Yakubu and women certainly held more positions under Jonathan than Buhari.
Mrs. Amina Zakari

The raging issue is that Mrs Zakari, having been pushed down the pecking order at INEC in recent times, has now been brought back to the centre of things with her appointment as the chairman of the collation centre committee for the general election. The initial interpretation was that she would be responsible for collating the election results. INEC has come out to clarify that she will only be in charge of administration and logistics regarding the International Conference Centre (ICC), Abuja, where collation would take place. The results would be collated and announced in every state; ICC would only be the “Times Square” where the outcome will be announced at the national level.

The announcement of the results — as sent in from every state of the federation and FCT — will be done by the INEC chairman himself live on national and international TV. There is nothing called “collation committee” but “collation centre committee”, according to INEC, and the committee will only be responsible for making sure that the microphones are working well, the internet is at good speed, the seats are well arranged, the security guys are up and doing and there is no shortage of bottled water for the representatives of the 73 presidential candidates. It is like a local organising committee, not a body of referees, in a sporting competition. I understand that very well.

However, back to the original issue: what is the relationship between Mrs Zakari and Buhari? I have been asking questions from family members that I know. This is what I was told. One, Mrs Zakari’s mother is from Daura, where the president comes from, but they are not related. Two, a nee Buhari married from the Adamu family in Kazaure, Jigawa state, so Mrs Zakari and the president are basically in-laws. Three, Sirika is not Mrs Zakari’s brother. It is inaccurate to describe Mrs Zakari as Buhari’s niece, sister or cousin. Mallam Garba Shehu, presidential spokesman, has said as much, although you must wonder why official rebuttal took the whole of three years to come.

Mrs Zakari, of course, worked for Afri Project Consortium, consultants to the defunct Petroleum (Special) Trust Fund (PTF), of which Buhari was the executive chairman, from 1994 to 1999. She is, no doubt, personally well known to Buhari. There is no running away from that. But are these links sufficient to disqualify her from carrying out her job as a national commissioner of the electoral commission? This is the real contending point, in my view. To put it another way, should she recluse herself from sensitive duties in the presidential election because she is related to one of the candidates by marriage? Is collation centre committee really a “sensitive” job?

Before I state my position, I need to quickly make a point. I am not surprised that the PDP is putting INEC under intense pressure ahead of the 2019 elections. APC did a similar thing in the run-up to the 2015 elections. Jega’s integrity and INEC’s neutrality were called to question consistently for three years. It was only a few months to the elections that APC started fighting in the corner of INEC and even raised the alarm that President Jonathan wanted to remove Jega. There were demonstrations by “civil society” groups in Abuja against the “impending” removal of Jega. Putting INEC on the spot is, as far as I am concerned, a seasonal thing. I always expect it.

Indeed, when Jonathan won the 2011 presidential election, Jega was isolated by many northern politicians for “helping” a southerner to power. I was told that when he went on a lesser pilgrimage to Saudi Arabia a few months later, many of them treated him as a “leper”. The Jonathan camp was very happy with him for being “principled” and “unbiased”. In 2015, the reverse was the case. He was hated in the Jonathan camp before the polls and was accused of being “tribalistic”, “selective” and “partial” by Elder Godsday Orubebe thereafter. He was celebrated by the opposition as a “hero of democracy” for not caving in to pressure and for conducting a credible election. So it goes.

I find it ironic that Mrs Zakari is not in the dock over her competence. An alumna of Queen’s College, Lagos — where she finished with distinction — Zakari had three As in her A’Level and was the best graduating student of pharmacy in her 1980 class at the Ahmadu Bello University, Zaria. Her husband suddenly slumped and died 19 years ago, leaving her with five children to bring up all by herself. INEC insiders say she was a major pillar for Jega but has had less joy under Yakubu. It must be treated as a paradox, though, that while insiders see her recently announced position as a relegation from the scheme of things, outsiders are seeing something else.

Now to my point: if I were Mrs Zakari, I would ask to be “excused” from the presidential election. If nothing else, it would save me from further brutal scrutiny. Many would argue, I know, that it would amount to succumbing to blackmail. Well, I don’t think it is too much of a price to pay under this circumstance. The only problem, though, is that if Buhari really wants to rig the presidential election, he would not need the services of the chairman of a collation centre committee. We have been rigging elections in Nigeria since nineteen sixty-something and it has never been the responsibility of any collation committee. That needs to sink in properly.

The Muslim Rights Concern (MURIC) has kicked against an initiative by Bishop Hassan Matthew Kukah to take 10 million almajiris off the streets in northern Nigeria through education and skill acquisition. MURIC’s concern is that Kukah is trying to convert them into Christianity. This is the same background to Boko Haram — the notion that Western education is designed to convert Muslims. While MURIC, as a body fighting for Islamic interests, is entitled to its position, I would rather prefer a situation where an alternative is offered — let wealthy Muslims launch their own initiative to address this almajiri pandemic. Time is running out. Action.

There were many things I never knew about President Shehu Shagari until he died. For one, while I knew he held several ministerial appointments, including succeeding Chief Obafemi Awolowo as minister of finance in 1971, I never knew he went back to contest as a councillor in his village in 1976 (thanks to Daily Trust’s Mahmoud Jega, the grandmaster columnist, for this interesting fact). Shagari would later become president of Nigeria in 1979. I have never stopped wondering: how many Nigerian politicians can actually step down to being a councillor after being ministers? Are our politicians really motivated by “service to my people” as they often claim? Amazing.

This is a public service announcement: as we prepare for the general election in February, fake news manufacturers will step up their game and flood your Facebook wall and WhatsApp with fake stories, fake pictures and fake quotes. Fake news is easily consumed and circulated by the gullible. Here are my tips: who is forwarding the message to you “as received”? What are the person’s motives? Has the person been posting or rebroadcasting fake news in the past? Is the post promoting prejudice, hate and incitement? Even if the hate content is true, what service will you be rendering to humanity by rebroadcasting such messages? Caution.

In the early 1980s, I never missed an episode of Mirror in the Sun, a gripping soap opera produced by Lola Fani-Kayode. We always looked forward to our Sunday evenings, NEPA permitting. Checkmate, created in the 1990s by Amaka Igwe (God rest her soul), was the next big thing for me in terms of devotion, although I also did enjoy Behind the Clouds. Well, take a bow, Senator Dino Melaye. It has been one drama after the other, right from his days in the house of reps. You can never accuse him of not providing enough drama to calm our nerves. I am watching and enjoying Season 3 of Dino’s ‘Police is Your Friend’ series. Entertaining.