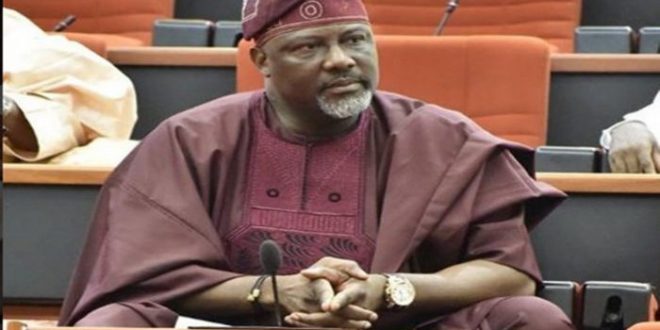 Court Tells Melaye to Show Self to Police

January 3, 2019 Comments Off on Court Tells Melaye to Show Self to Police 11 Views

Embattled Senator Dino Melaye may have lost his bid for freedom from police siege as a Federal High Court in Abuja has refused his request for police officers to vacate his residence and desist from further attempts at arresting him.

Melaye had approached the court after the police officers laid a siege to his residence following allegations by the senator that the police planned to poison him.

Mr Melaye also asked the court to stop the police from what he described as acting in a manner threatening his life.

The requests were presented as ex-parte applications after Mr Melaye asked the court for enforcement of his fundamental rights in the same court.

An ex-parte application could have allowed the judge to grant the order without hearing from the police.

In a ruling on the ex-parte application on Thursday, a judge, N. E. Maha, refused the application, but ruled that the substantive matter be granted accelerated hearing.

The police have insisted on arresting Mr Melaye, accusing him of involvement in the killing of a police officer.