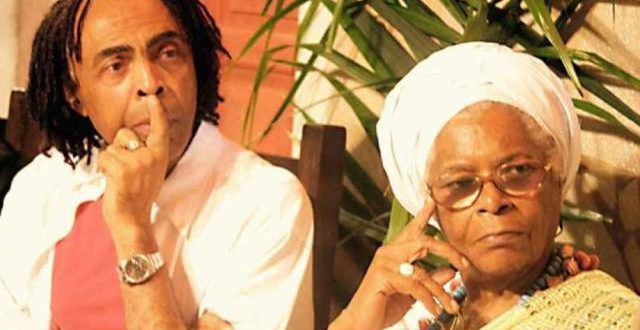 Brazilian Iyalorisa Wants to be Buried in Nigeria, Protest in Salvador

December 30, 2018 Comments Off on Brazilian Iyalorisa Wants to be Buried in Nigeria, Protest in Salvador 404 Views

The death wish of the oldest Brazilian woman of Egba extraction has sparked a protest in Brazil after a Court ordered that she should be buried in the Latin American country instead of Abeokuta, in Nigeria, where she called her root.
Born in Salvador, Brazil, to one of the sons of a captured slave from Egbaland, in Ogun State, Nigeria, Madam Iyalorisa Stella de Oxossi Ode Kayode who died on Boxing Day has caused a commotion among the Yoruba-Brazilian traditionalist in Salvador with her death wish that she must be buried in Abeokuta, the ancestral home of the Egba people in Africa’s most populous nation.
It was learnt that trouble began when Madam Kayode died and members of her family refused to honour her request considering the difficulties the burial preparation would undergo in Abeokuta.
In spite of a court order by a magistrate in Salvador, yesterday, that the deceased should be buried in her shrine in Salvador, Bahia, protesters dragged her coffin outside the court where they held a demonstration.
The Iyalorisa’s burial was expected to draw important dignitaries and traditionalist from within and outside the country.
In her lifetime, Madam Kayode had told the story of how her grandfather, Ode Kayode, was captured somewhere very close to Abeokuta by Portuguese slave traders where he had gone to deliver his father’s message to a family member and was forcefully transported to Brazil as a slave.
The late Madam Kayode was the owner of one of the biggest and most frequented shrine in Salvador, Brazil – Ile Ase Opo Afonja Shrine.
It was further learnt that her death has drawn the issuance of several court injunctions as some family members and the Yoruba-Brazilian traditionalists in Salvador wanted the deceased to be buried in her shrine in Salvador, while others wanted her buried according to her wish in Egbaland.
There are other people who even wanted her buried in Nazaré, Bahia, where she had lived lately with her partner before her demise.
According to Ribamar Daniel, the coordinator of and President of Society Santa Cruz de Afonja, the corpse of the late traditionalist must undergo the true Candomblé rites before the burial; all rites in accordance with the Yoruba traditional religion need to be observed in her shrine before the final burial.
A woman who identified herself simply as Grazielle who had lived with the late Madam Kayode in Nazaré said, “Her spirit is in me.”
She added that while refusing to accept the court order that the body should be buried in her shrine in Salvador, she has promised to contest the court decision in a higher court.
Madam Kayode who died on December 26 was born on May 2, 1925, in Salvador. She was a nurse by profession, and a traditionalist considered as the greatest Iyalorisa in Brazil.
She was conferred with honorary doctorate degrees from both the Federal University of Bahia and State University, Bahia. She was also a member of the Bahia Literature Academy and she had published several books on the Yoruba traditional religion.
During her last interview on the national television, Iyalorisa as she was fondly called compared her life journey to that of the late Nigerian Iya Osun, the Austrian-Nigerian Suzanne Wenger, who was initiated into the Nigerian traditional religion as Adunni Olorisa.
Adunni Olorisa had allegedly inspired her during one of her several visits to Osun Osogbo, and she had vowed never to let the spirit of her ancestors die by defending the cause of the Yoruba traditional religion in Brazil.