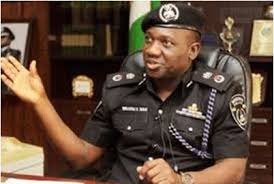 IGP Idris Due for Retirement in Days’ Time

December 23, 2018 Comments Off on IGP Idris Due for Retirement in Days’ Time 59 Views

The Inspector-General of Police, Ibrahim Idris, is due to retire from the Nigeria Police Force on January 3, 2019, having put in the mandatory 35 years in service.

However, President Muhammadu Buhari may have approved a six-month tenure extension for him to enable him to coordinate and supervise the forthcoming general elections in the country, Punch wrote.

“It is a done deal; the IG’s tenure has already been extended because the Presidency has confidence in him. He would get the official confirmation any moment from now; that is if he hasn’t received it already,” the paper quoted a top source as saying.

According to the report, the opposition political parties, under the aegis of the Coalition of United Political Parties, are opposed to the move.

Quoting CUPP spokesman, Imo Ugochinyere, “We are insisting that the Inspector-General of Police, whose tenure is expiring in January, must leave the office.

“So, we are demanding that the President should not extend his tenure because there is no such provision in the constitution.”