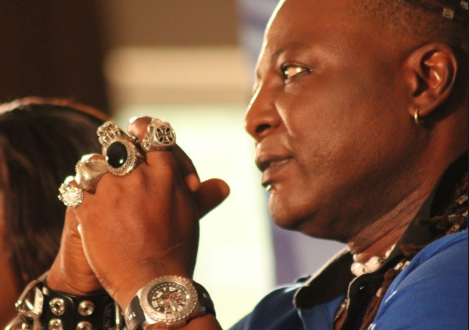 The Area Fada is married to an American, Lady Diane, his wife of 40-years and recently sensationally renewed his marital vows claiming he had separated from her in a social media post only to rewed her the following day in the church.

Charly Boy has however, opened up on his aversion for his wife’s country, a place he once resided while talking about his past failed marriages in an interview with Punch Newspapers.

He told the paper, “I was 19, and my mother brought her to me. The second one was when I was in my 20s, I wasn’t even ready as well, it was just to get myself settled in the US, but I later realised that the US wasn’t a place I could settle in.

“The marriage lasted for about three years, and I cut my stay in the US short because I experienced racism. I was almost killed because of the colour of my skin. Those things made me hate America; my uncles never believed I would return to Nigeria. After the second marriage failed, I married the third woman in America for the wrong reason.”