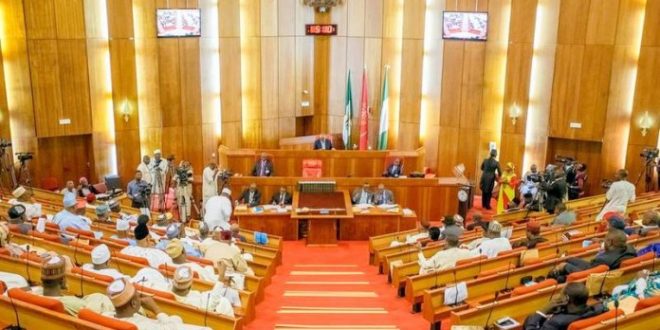 The Senate on Thursday confirmed the appointment of Prof. Bolaji Owasanoye as Chairman of the Independent Corrupt Practices and Other Related Offences Commission (ICPC).

Also confirmed were eight other members of the ICPC board.

President Buhari on July 25, requested the senate to confirm the nominees in accordance with provisions of section 38 (6) of the Independent Corrupt Practices and other related offences Commission Establishment, Act 2000.

The confirmed chairman, 54-year old Owasanoye was the executive secretary of the Presidential Advisory Committee Against Corruption, PACAC.

He was appointed in August 2015 to “promote the reform agenda of the government on the anti-corruption effort, advise the present government on the prosecution of the war against corruption and the implementation of required reforms in Nigeria’s criminal justice system.”

He graduated from the Obafemi Awolowo University, Ile-Ife (formerly University of Ife) in 1984 at the age of 20 with an LL.B Upper Division and was called to the Bar in 1985.

He thereafter went to the University of Lagos where he bagged an LL.M in 1987 at 24.

Professor Owasanoye moved from the University of Lagos where he was assistant lecturer to the Nigerian Institute of Advanced Legal Studies, NIALS where he became a professor of law in 2001 at the age of 38.

He is a specialist in Commercial and International Trade Law, Corporate Law, Child Rights and Human Rights Law and Strategic Governance and the Law of External Debt Management.

The Senate also confirmed the appointment of Justice Uwani Abba as a Justice of the Supreme Court of Nigeria.