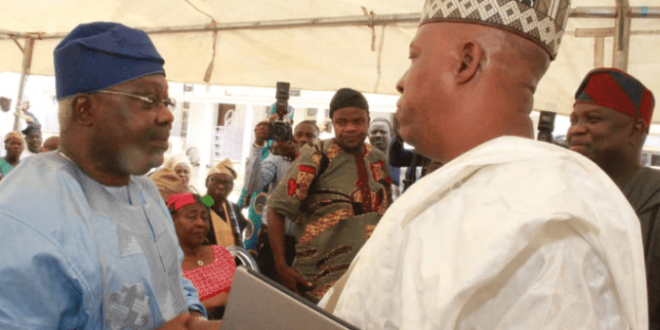 The South-West Peace and Reconciliation Committee of the All Progressives Congress today in Ibadan met with the candidate of the Social Democratic Party in the September 22 Osun State governorship election, Senator Iyiola Omisore.

But it was Omisore’s presence at the meeting that caused a stir, leading to speculations that he might be preparing to dump the SDP for the ruling APC.

Omisore was accompanied to the meeting held at the Government House by a handful of loyalists, including Dr. Yemi Farounbi.

Omisore declined to speak with journalists at the end of the meeting.

Omisore had teamed up with the governorship candidate of APC, Gboyega Oyetola, to defeat the Peoples Democratic Party candidate, Senator Ademola Adeleke, in the Osun State governorship rerun election.