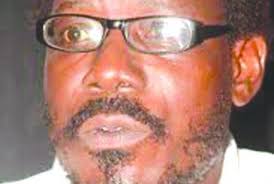 The Centre for Anti-Corruption and Open Leadership (CACOL), has backed the final arraignment of the President of the Nigerian Bar Association (NBA), Mr. Paul Usoro (SAN), over an alleged 1.4bn fraud.

According to news reports, it was stated that: “The EFCC claimed in the charge sheet that Usoro converted and laundered the money in connivance with the governor of Akwa- Ibom state, Governor Udom Emmanuel.”
It was also mentioned in the body of the charges that Nsikan Nkan, described as the Commissioner for Finance, Akwa Ibom State; Mfon Udomah, described as the Accountant General of Akwa Ibom State; Uwemedimo Nwoko, described as the Akwa Ibom State Attorney General and Commissioner for Justice; and Margaret Ukpe, all of whom were said to be at large. The money belonged to the Akwa-Ibom State Government, while the offence runs contrary to Section 18 (a) of the Money Laundering (Prohibition) act, 2011.

The Executive Chairman of the Centre, Mr. Debo Adeniran said: “The level of corruption in Nigeria is so appalling and it is seen as a normal thing in the country. Nigerian leaders no longer give regard to the constitution as expected of them. Serious corruption crimes are being perpetrated at all levels of Government against the interest of the ordinary Nigerians; and sadly so, between a state government and senior members of the Bar”.

Debo Adeniran also said: “I wonder how the number one citizen of a state would be so unscrupulously carefree as to connive with a senior member of the bar to launder the money that belongs to the state (which could have been spent on vital needs, like: ‘infrastructural development’, ‘salary payments’, ‘scholarships’, etc. The arraignment of the NBA President immediately brings to mind the earlier allegation of the said lawyer being amongst 7 senior members of the bar that independently paid N4.1 million Naira gratification, to one Justice Agbadu-Fishim of the Nigerian Industrial court, who has since been sacked by the NJC (Nigerian Judicial Council).”

CACOL therefore, advises the EFCC to proceed with the case at hand with all the seriousness that it deserves; and should never shy away from employing some conscientious, credible and competent senior lawyers for a most effective and diligent prosecution that should guarantee that no sinner goes unpunished, irrespective of whatever forces that may align due to proceeds of such corruption crime in their kitty and to finally serve as a worthy deterrent to others.
By Gboyega Adeoye