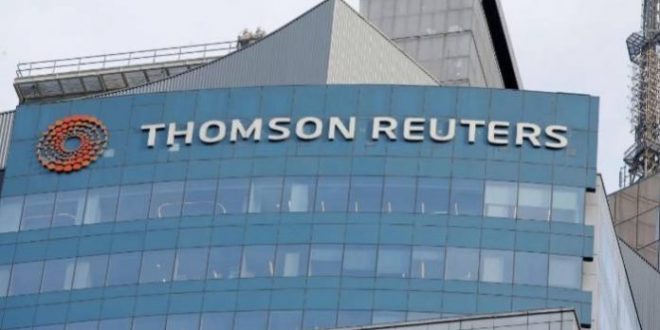 Thomson Reuters Corp said on Tuesday that it will cut its workforce by 12 per cent by 2020, axing 3,200 jobs, as part of a plan to streamline the business and reduce costs.

The news and information provider, which completed the sale of a 55-per cent stake in its Financial & Risk (F&R) unit to private equity firm Blackstone Group LP, announced the cuts during an investor day in Toronto.

It also outlined its future strategy and growth plans.

As part of the streamlining, the company said it planned to reduce the number of offices around the world by 30 per cent to 133 locations by 2020.

The company declined to say where the job cuts were being made.

Shares in Thomson Reuters were up 1.8 per cent in early trading in both Toronto and New York.

Reuters News accounts for only six per cent of sales but it remained a key part of the business under the new leadership of Michael Friedenberg, who joined the company on Monday as president of its news and media operations.

Thomson Reuters set a target to reduce its capital expenditure to between seven per cent and eight per cent of revenue in 2020 from 10 per cent currently.

The company also aims to grow annual sales by 3.5 per cent to 4.5 per cent by 2020, excluding the impact of any acquisitions.

Thomson Reuters has set aside $2 billion of the $17 billion proceeds from the Blackstone deal to make purchases to help grow its legal and tax businesses.

Shares in Thomson Reuters have risen by nearly 40 per cent since May, benefiting from the company buying back $10 billion worth of shares.