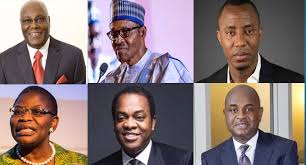 The Nigerian Election Debate Group (NEDG) and Broadcasting Organisations of Nigeria (BON) have announced the dates for 2019 presidential and vice-presidential election debate.

The presidential debate is fixed for January 19, 2019, while vice-presidential candidates are billed to have their debate on December 14, 2018.

Chairman of BON, Mr John Momoh (OON), made the announcement on Thursday at a press conference in Abuja.

Mr Momoh, who is also the Chairman/CEO of Channels Media Group, said the debates will be aired on all BON member radio and television stations across the country and also streamed on social media platforms.

“The debates would hold at the Transcorp Hilton Hotel Abuja and will be broadcast live on all BON member radio and television stations across the country.

Mr Momoh added that the debates will focus on the issues that matter most to working families; restoring our economy, providing electricity, creating jobs, securing health care for every Nigerian, making and achieving excellence in every Nigerian school and ensuring safety and security for Nigerians.

He said the NEDG will also set the formats and rules of the debate.

“The Nigerian Election Debate Group would set the format and rules of the debate, handle moderation, outline the criteria for political party participation, ensure the objectivity of audiences and steer negotiations between broadcasters and the parties.

“Nigerians expect the leaders of all political parties to be challenged in a very public and robust way in these debates. not just one of them, but a series of them,” he said.