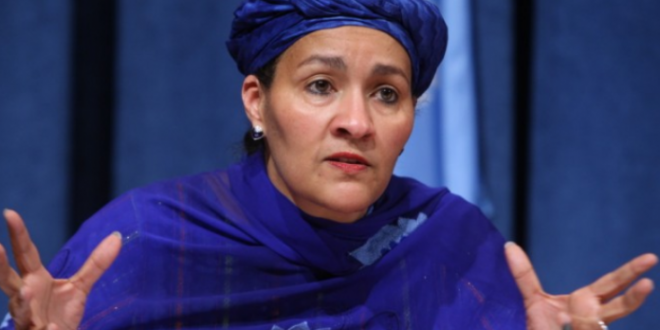 The BBC list celebrates inspiring and influential women who have used their positions to spark actions in the review year.

NAN reports that in 2017, only two Nigerian women – singer, Tiwa Savage and tech prodigy, Anne-Marie Imafidon – made the list.

This year, the list featured women around the world between the ages of 15 and 94 from more than 60 countries; including Messrs Mohammed, Ajayi-Akinfolarin, Tinubu and Eggerue from Nigeria.

57-year-old Ms Mohammed, who is vocal about women’s empowerment and gender equality, told BBC that females should not be ‘grateful’ for opportunities given them.

“What I want to do is not apologise for being a girl and not to see it as something that is added on or that we should be grateful for being at the table,” she said.

Speaking on Ms Ajayi-Akinfolarin, BBC wrote, “Abisoye is the founder of GirlsCoding, an NGO that teaches girls how to code, design and build websites that help solve problems in their communities.”

The 33-year-old tech entrepreneur, who was recently named one of CNN’s ten heroes of 2018, is a women’s rights activist fighting to balance the gender gap in science and technology.

Meanwhile, the BBC honoured the 51-year-old Ms Tinubu for her work in corporate law, especially in establishing the first free children’s helpline in Nigeria.

Also, Ms Eggerue, 27, is a best-selling author and blogger at Slumflower and has been featured in many publications including British Vogue, Elle Uk, The NewYork Times.