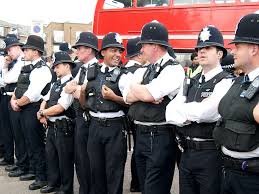 Officers from the Metropolitan Police in London have taken time out to minister to Yoruba women in the United Kingdom  (UK) on why they should protect the sanctity of marriage.

Led by a Yoruba speaking officer, the police were seen in a video telling a congregation at the Divine Restoration International Church in London that women should see the good in having a husband to play a role in the upbringing of their children.

It was learnt that the advice came amid reports that about 70 per cent of Yoruba women in England, Wales and Ireland are single mothers, who often threaten the fathers of their children with the police because of welfare benefits.

In the video, the Yoruba-speaking police team leader warned Yoruba women to stop calling the police on the fathers of their children, who are needed to raise good and obedient youngsters that would not be victims or perpetrators of knife crimes in the UK.