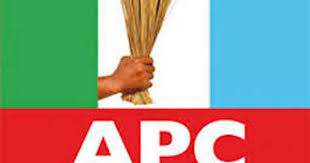 The All Progressives Congress (APC) in Bayelsa State has dismissed as “deliberate and unnecessary insult” to the people a resolution by the State House of Assembly, criticising the recent postings of Commissioners of Police to the state.

The party said in a statement on Wednesday in Yenagoa that the resolution, which came a few days after Governor Seriake Dickson made a similar criticism, showed that the assembly had become a gathering of liveried footmen for Dickson, rather than servants of the people.

The statement signed by the State Publicity Secretary of APC, Mr. Doifie Buokoribo, accused the assembly of mischievously opposing a constitutional security arrangement simply because it denied them the room to repeat the electoral fraud they perpetrated to win the last governorship elections in the state.

The All Progressives Congress (APC) in Bayelsa State unreservedly condemns the resolution of the State House of Assembly concerning the posting of Police Commissioners to the State. It is a deliberate and unnecessary insult to our collective intelligence.

By this resolution, the state assembly has shown its complete lack of legislative independence and respect for the rule of law. The assembly has once again proved to be a poodle of Governor Henry Seriake Dickson. We note that this resolution is coming only a few days after Governor Dickson expressed similar sentiments at a Peoples Democratic Party (PDP) event. The PDP National Publicity Secretary raised these same concerns recently.

To begin with, matters about police affairs are on the Exclusive List. They are federal matters on which a state House of Assembly cannot legislate. It lacks the jurisdiction.

The APC has tremendous respect for the police as a creation of our Constitution and would never read political meanings to its decision to move its own officers. We have had several Commissioners of Police in the state, including a personal friend of Dickson and PDP member who had earlier worked as Commander of his Operation Doo Akpo, Dickson’s private terror police. Is the PDP on its deathbed now so nervous that they are telling us only a police commissioner pliable to them must serve the state? Are they again so bent on using their terror police to compromise the 2019 elections, as they did during the last governorship elections, that they do not want the police to disband it if need be? This is an assault on our democracy.

Where was the voice of this House of Assembly during the serial killings in Brass, Amassoma, Yenagoa, others? Why has this assembly maintained an ungodly silence on the mass hunger in the state? Why has this assembly kept silent as Governor Dickson misgoverns Bayelsa State, and turns the abuse of APC leaders, particularly Chief Timipre Sylva and Senator Heineken Lokpobiri, to state policy?

This rascally mood swing by the State House of Assembly, from Dickson-induced lethargy and fatigue on the security and welfare of the people, to sudden surge of adverse energy, when it concerns democratic institutions and values, is an ill wind. We will not allow it in Bayelsa State. This is more so as we all now know better Dickson’s strategy of crying wolf as dress rehearsal for intended evil.