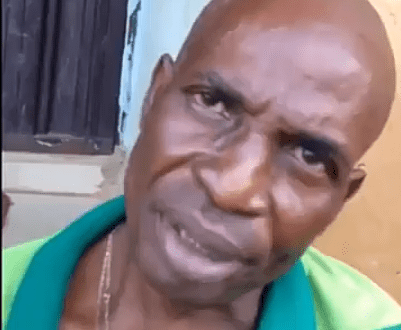 November 13, 2018 Comments Off on Police Fingers Father in Death of 2 Children Found Inside Freezer in Lagos Home 68 Views

The Police authorities in Lagos are investigating the role played by a father in the death of his two children found inside a deep freezer at their home in Ikorodu area of the state, yesterday.

Besides the children, the body of the family dog was also found in the freezer in their house at 2, Christian Onoja Street, Igbogbo in Igbogbo-Baiyeku Local Government Development Area.

The children, Emmanuel Edeh,7, his four-year-old sister, Darasimi Edeh, and their father, Mr Michael Edeh, were the only ones at home when the incident occurred.

Police Public Relations Officer, SP Chike Oti, said that the Commissioner of Police had directed that the father of the victims should be interrogated to be sure he knew nothing about their death.

“I have confirmed the matter and the CP directed that the father of the deceased is brought to notice to know his ulterior motive or whether it is an act of negligence,” Oti said.

An eyewitness said that the neighbourhood was alerted to the incident by the victims’ father at about 4.30pm.

“On Sunday afternoon, we were alerted by their father who emerged from within the house asking about the whereabouts of his children.

“We were surprised because their father is always at home with the kids when their mother goes about her trading.

“So, when their father came asking us (neighbours) about where his children were, we all began to search the neighbourhood for them, but could not find them,” the eyewitness said.

The eyewitness added that when initial efforts to locate the children proved abortive, a call was put through to the mother of the kids, who came running down to their residence.

“Their mother was visibly disturbed upon arrival and immediately began to search for them, this time, in the house.

“After a while, she came wailing that she discovered the lifeless body of children and their dog inside the freezer,” the source added.

“It is true that I received a case involving two children, but upon assessment, I discovered that they had passed on and there was no resuscitation effort that could be performed on them.

“So, I advised the parents to go and conduct an autopsy to ascertain the real cause of death,” Dr Briggs Umezurike, said.