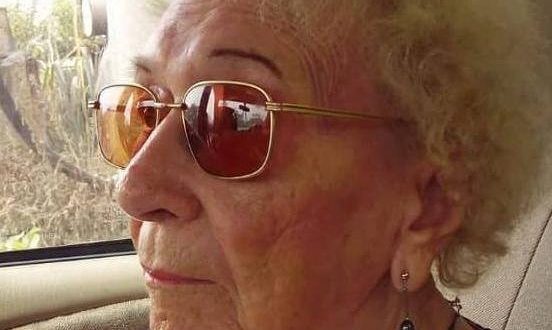 A British citizen, Justice Oguntoye was the first woman to be appointed a judge in Lagos State in 1976, a year after Justice Modupe Omo-Eboh was appointed as the first female judge in the Mid-Western State in 1975. While Justice Omo-Eboh later transferred her service to Lagos State, Justice Oguntoye transferred her own service to Western State under the Gen David Jemibewon administration.

She was born on May 29, 1923 at Gravesend, Kent, England, of English parents and she served in the Royal Air force with her late husband, Chief David Ojo Abiodun Oguntoye during World War II.

Shortly after the war, she enrolled for law at the Middle Temple Inns of Court. She started law practice in Nigeria after establishing the law firm of Oguntoye & Oguntoye with her late husband. After over a decade of active practice, she joined the Western Region Magistracy in the late 1950s. Justice Oguntoye later moved to Lagos in 1967 as Chief Magistrate. She was appointed a Judge of the Lagos State High Court in February 1976.

This appointment came after she had served as Chief Magistrate in Lagos for 9 years. Hence, Justice Oguntoye became the first woman on the Lagos State Bench and the second woman to become a Judge in Nigeria after Justice Modupe Omo-Eboh who was appointed a Judge in 1975 in the old Mid-Western region.

In 1978, she sought transfer to the newly created ‘old’ Oyo state and finally retired from the bench in 1988. It is instructive to note that in the 1950s when there was no dual citizenship, Justice Oguntoye sacrificed her British Passport and adopted her husband country as her own.

Describing her last moments, Aderemi said further: “After church on Sunday, i drove down to Ibadan to see her. She held my hands and said she wanted to go and rest. She said she’s had enough and she dropped hands. I returned to Lagos that Sunday and she left 24 hours after”. Aderemi said that at her last moments, she was surrounded by her children who replicated her unflinching love and loyalty to her late husband, family and Nigeria.

In recognition of her service to Nigeria, Justice Oguntoye was awarded the national honour of Officer of the Federal Republic ‘OFR’ in 1978 by then Military head of state- Olusegun Obasanjo.

In 2009, Justice Oguntoye published and launched her autobiography titled “Your Estranged Faces”. In 2013, the Lagos State Judiciary led by the former Chief Judge, Justice Ayotunde Phillips held a 90th birthday party in her honour to celebrate her beautiful life.