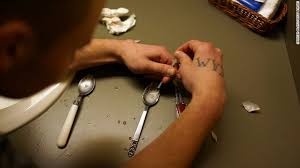 November 9, 2018 Comments Off on Psychiatrist Raises Alarm over Drug Abuse in Adamawa 18 Views

Dr Marcus Vandi, Head of Psychiatric Unit, Yola Specialist Hospital, Adamawa, has raised alarm over the increasing rate of drug abuse among youths in the state.

Vandi, in an interview with the News Agency of Nigeria (NAN) on Thursday in Yola, expressed concern over the increasing rate of drug abuse among different age groups.

According to him, the hospital admits over 100 cases with mental and other related health issues.

”The use of psychoactive drugs especially among youths, is becoming an issue of concern.

He said that almost all the patients were males between ages 13 and 55.

Vandi advised parents to inculcate good moral upbringing in their children, to enable them to stay away from drugs.

He said that the hospital lacked modern equipment and adequate personnel and urged the state and Federal Government to support the hospital in these areas.