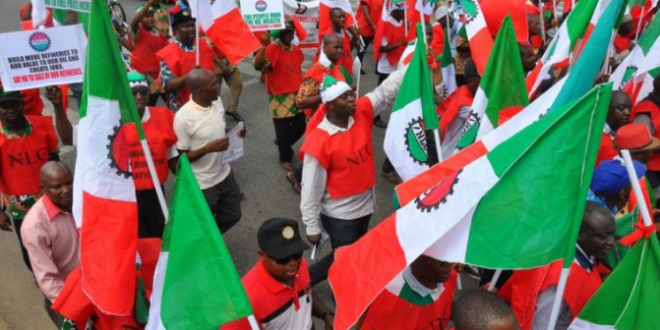 The Organised Labour has threatened to go on strike if the Federal Government fails to approve and implement the N30,000 minimum wage recommended by the tripartite committee.

The General Secretary of the Trade Union Congress, Mr Musa Lawal, said this while reacting to comments by the Minister of Information, Lai Mohammed, that the report of the tripartite committee was a mere recommendation.

Lawal said Organised Labour decided to shelve its planned strike because the government had expressed the willingness to accept the report of the tripartite committee.

He warned that anything short of the full implementation of the report would be met with stiff opposition.

The TUC general secretary said, “They can say anything they want to say. Why were they panicky before? Why did they agree to the N30, 000? They can call it a mere recommendation or whatever they want to call it but the important thing is that at the end of the day, if we do not get the N30,000, they know what we will do.”

He said the payment of the N30, 000 can only be realised if the federation account allocation formula is reviewed to offer more earnings to states.

“The federal government collects 52 percent of the revenue from the federation account and when I tried to put the N30,000 figure to local government areas (LGA) it means they will borrow N1 billion to add to their allocation, in paying salaries,” he said.

“I will definitely not be a governor to govern such a state and will never preside over a state that will allocate 100 percent of its earnings to pay salaries.

“We should determine how much should be allocated to education, health, infrastructure among others if 100 per cent of earnings are used to pay workers salaries.

“Many states are experiencing various problems and cannot pay salaries but the people condemn their governments over their inability to provide good roads and other amenities.

“People don’t understand the problems being experienced by these states and the governors have kept quiet for long and need to speak presently.”