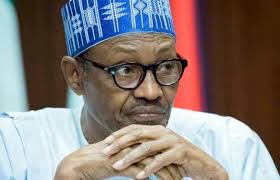 The controversy over the Malabu Oil Block (OPL 245) won’t just go away, with President Muhammadu Buhari rejecting Attorney-General Abubakar Malami’s proposal on how to resolve the impasse.

This is because the President is insisting on the continuation of the criminal proceedings against some suspects implicated in the OPL 245 scandal.

The OPL245 is an offshore oil block with about nine billion barrels of crude. It was auctioned for $1.3 billion (1.1 billion euros).

Although the Federal Government received only $210 million as Signature Bonus, about $1.092 billion was traced to a London bank account.

The cash was suspected to be slush funds allegedly used to bribe some middle men and politicians.

The AGF on September 17, 2018 advised the President on discontinuation of the civil case on OPL 245 in a Milan, Italy court and payment of the counsel hired by the Federal Government for his services;discontinuation of all criminal matters in Nigeria in connection with the oil block.

However, in an October 29, 2018 response, President Buhari, in a memo through his Chief of Staff, Abba Kyari, rejected the Attorney-General of the Federation’s proposals on the fate of OPL 245.

The President stated that the law must run its full course on the controversy surrounding Malabu Oil Block saying there was no way the government would discontinue all the cases in court when a Milan judge on September 20, 2018 has already sentenced two men – a Nigerian, Emeka Obi, and an Italian, Gianluca Di Nardo – to a four-year prison term.