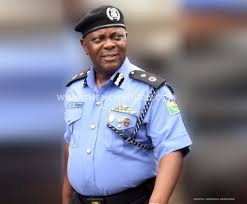 The Lagos State Commissioner of Police, Edgal Imohimi, has ordered the closure of beer joints within the premises of all police stations across the state.

The development is coming on the heels of an officer, Kaddai Useni, who was caught on camera drinking and was dismissed after the clip went viral.

According to Police Public Relations Officer, CSP Chike Oti, Imohimi ordered the shutdown of all beer parlours located in police formations and barracks in the state.

Oti said, “To prevent reoccurrence of this type of incident, the CP has directed the officer in charge of the Command Provost Section to embark on a tour of all police formations and barracks within the state with a view to identifying and shutting all beer parlours within the police community.

“In the same vein, the CP warns against offering policemen alcoholic drinks while on duty by members of the public.’’