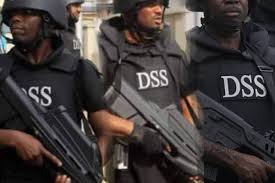 National Chairman of the All Progressives Congress (APC), Adams Oshiomhole, was on Sunday detained by men of the Department of State Services (DSS).

According to reports, the former Edo State governor was grilled by DSS operatives for nine hours after some APC governors alleged that he received bribes during the party’s primary elections across the country.

The APC chairman was reportedly asked to resign during interrogation by the DSS but he resisted the pressure saying he would only do so if he loses the confidence of President Muhammadu Buhari.

The APC chairman told the DSS that the president was in the loop of every action he took during the party’s primaries.

It will be recalled that the APC primaries were marred by controversies in a number of states.

In Zamfara, the Independent National Electoral Commission (INEC) said the party will not participate in the 2019 polls because it could not successfully conclude its primary before the deadline.