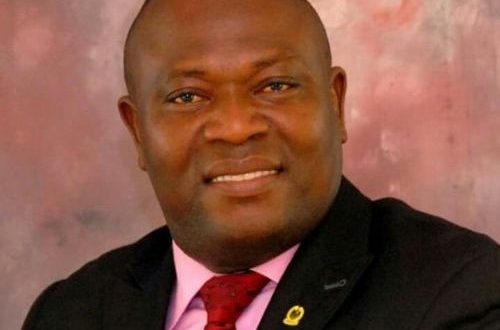 An Ikeja Domestic Violence and Sexual Offences Court has rejected the results of a polygraph (lie detector)  test presented by state prosecutors trying Adegboyega Adenekan,  a Chrisland School Supervisor over alleged defilement.  Adenekan, 47 is facing trial for allegedly defiling a two-year, 11-month pupil of the school.

In a ruling on Thursday, Justice Sybil Nwaka, rejected the results of the lie detector test on the ground that polygraph evidence has not yet been judicially noticed by Nigerian courts.

Justice Nwaka in her ruling said: “Expert opinion is necessary in Section 68(1)of the Evidence Act,  the court is however not bound by the opinion of experts. The court is not disputing the qualifications of the expert in accordance to Section 68(1) and (2) of the Evidence Act. A machine is not to be used to take over the duty of the court except when the need arises.
The document is hereby marked as rejected.”

On July 4, 2018, a polygraph expert Mr Adebayo Falola informed the court while being led in evidence by Mr Babajide Boye that Adenekan, had failed a polygraph test. Adenekan, underwent the test in the presence of Child X’s mother and Chrisland School officials to determine if he had committed the alleged offence.

Falola, an employee of Halogen Securities who had claimed  to have conducted over 250 polygraph tests in Nigeria, in his evidence, said that Adenekan showed signs of deception when he underwent the  test conducted on Nov. 15, 2016. Boye, during the polygraph expert’s evidence, had sought to tender the result of the polygraph test, a consent form and polygraph charge sheet as evidence.

However,  Mr Olatunde Adejuyigbe (SAN), defence counsel to Adenekan had objected to the tendering of the documents.
He told the court that the polygraph evidence was not recognized under  Nigerian law.

He said: “There is no law that grants the admissibility of polygraph examination in our Nigerian laws. His oral evidence and what this document seeks to talk about is expressly excluded by Section 67. The revised Evidence Act of 2011 has taken all technological advances into consideration,  polygraph evidence is a foreign practice and our jurisprudence does not recognize it. It will be a dangerous practice for the courts to openly embrace it,  I urge this court to mark the documents tendered and rejected.”

Adenekan, was arraigned on Jan. 29, 2018. He plead not guilty to a charge of defilement of a child. The prosecution alleges that Adenekan committed the offence sometime in November 2016 at Chrisland School, Victoria Garden City (VGC), Lagos. According to the prosecution, the defendant defiled the complainant by having unlawful sexual intercourse with her.

The offence violated Section 137 of the Criminal Law of Lagos State 2011 which recommends a life sentence for anyone convicted of defiling a child.
The case was adjourned till Nov. 27 for continuation of trial.