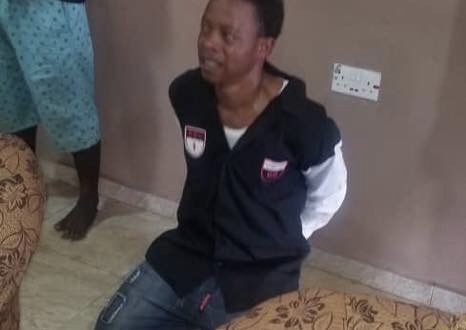 Men of the Nigeria Police have arrested the demonic cook, who stabbed, Ondo High Chief and Chairman of Credit Switch, Ope Bademosi to death.

The cook, simply identified as Sunday, stabbed the Ondo Chief to death in his Ikoyi residence, Wednesday and immediately took to his heels.

Sunday, a Togolese, had barely worked with the Credit Switch boss for three days when he committed the heinous crime and made away with several valuables, including the mobile phones of the deceased.

Meanwhile, reports filtered in that the fleeing murderer has been apprehended after an intensive two day manhunt by men of the Nigeria Police who though were working on very scanty information concerning the Togolese killer cook.