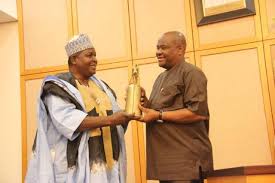 The Executive Governor of Rivers state, Chief Nyesom Wike and the Director-General, National Council for Arts and Culture (NCAC) have both agreed that culture remains Nigeria’s biggest asset in enthroning sustainable peace and unity among all Nigerians irrespective of ethnic, religious or political divides.
Both Wike and Runsewe highlighted this position during their respective remarks at the closing ceremony of the 31th edition of the National Festival of Arts and Culture (NAFEST) held in Port Harcourt with Rivers state emerging first overall while Bayelsa and Ondo came 2nd and 3rd respectively.
Governor Wike said Nigerians must now come together and use culture as a rallying point to promote peace and unity in all parts of the country noting that every state is blessed with very rich art and culture adding that Rivers has the capacity to keep hosting NAFEST every year.
Speaking directly to Runsewe, the Rivers helmsman said the DG and his team have done an excellent job putting the festival together saying his wife, Justice Eberechi Nyesom Wike, who hosted 500 children at the government house was extremely impressed with the numerous components of this year’s edition.
He maintained that the successful hosting of NAFEST by Rivers state is a testament to the fact that the state is peaceful and the people are culture friendly just as he promised to support the NCAC in her mandate to continue to unite Nigerians via culture.
An excited Runsewe responded by thanking the Governor and the good people of Rivers for the massive support saying he was impressed at the high level of peace and security in the state as against the falsehood propagated in some quarters that Rivers state is unsafe.
The 2018 edition featured several components like free skill acquisition, indigenous games, traditional cuisines, children’s essay-writing competition, traditional wrestling, cultural market, free medical services, command performances featuring breathtaking music and dance among others.
Presenting awards in several categories to the winning states, Otunba Runsewe said this has been the best NAFEST in recent times expressing hope that the next edition slated for Benin City in 2019 will live up to the standard set by Rivers state. 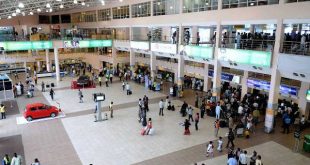 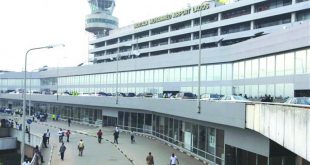