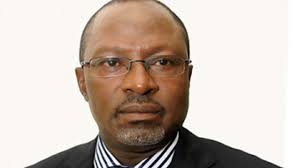 Share
Members of National Airtraffic Communicators Association of Nigeria (NACAN) have raised concern over the gory state of its radio equipment in some stations across the country.
The association raised the alarm at its 5th Annual General Meeting where a new set of executive members to steer the affairs of NACAN were elected weekend.
In a interview, the president of NACAN, Comrade Nkambo George disclosed that under the prevailing situation, it was difficult for some stations to read each other beyond 9am and 10am ‘in some cases’.
According to Nkambo, the situation has forced communicators to resort to using telephone lines which ought to be the back up, as primary source.
“We resort to telephone, we are using this close user group telephone line which ought to be back up. It’s more or less the major equipment we are using now in most communication centres except for Lagos, Kano, Abuja and Port Harcourt where Alt is still functional”
According to NACAN leader, the southern network with the High Frequency (HF) radios that were deployed as a stop gap to assist HF modulates from frequency to frequency and causes delay in messages as long as the network is bad.
“Normally messages are not supposed to be delayed, when you receive a message, it ought to go. ICAO recommends that messages should be sent out three minutes, at most five minutes, after it has been received. But under the prevailing situation, you receive backlog of messages in some centres as a result of equipment malfunction”
He noted that the radios are not even functioning at all in some stations and in effect having negative effect on the image of the association
On manpower, Comrade Nkambo commended the management of NAMA for the great transformation in the system through training of its personnel since Capt Fola Akinkuotu took over as the Managing Director of the agency, even as he said more trainings is still needed to put his members on top of tgheir job.
Nkambo revealed that 40 of its members are currently undergoing training at the Nigerian college of Aviation in Zaria while 16 graduated in August this year, leaving 28 that are yet to be trained.
According to the NACAN boss, the non employment into the department in the past two decades has led to a drought in the number of professionals in that department, hence he called on government to commence the recruitment of between 20 and 50 personnel every year to fill the gap.
Nkambo disclosed that 27 staff will be retiring in January next year which will also have negative effect on the department as the newly recruited personnel have no job experience.
On his plans for NACAN in the next three years, the president revealed that the association will diversify noting that there were some big stations where Hajj operations took place such as Bauchi, Kebbi, Jalingo, and and Dutse airports with no communicators department which the association will ensure equipment are deployed to for NAMAN members to commence operations.
He assured the flying public of safe skies as all navigational aids are currently functioning well.
Meanwhile, the reelected national Secretary of NACAN, Mr Famuyiro Kayode, said that the coming of the Managing director of NAMA has brought positive changes in the system
According to Famuyiro, professionals were being trained while new workers were being employed and urged workers to give the management team the needed cooperation to enable them succeed in the quest to reposition NAMA.
Meanwhile, the management of NAMA has also said that the provision of relevant technology was important for professionals to perform their roles.
Mr Ayodele Otitolaye who represented Capt Akinkuotu at the NACAN AGM said NAMA will continue to provide modern facilities required to perform the task of Air navigational services.
According to him, the issue of inadequate manpower due to aging workforce was being addressed gradually across all sections of the agency.
Other officers elected with Nkambo and Famuyiro, President and General Secretary respectively are: Fangang A. Timchang, Deputy President, Miss Hannatu B. Philips, Asst. General Secretary, Odigwe Donatus, Treasurer, Awwal Y. Ibrahim, Financisl Secretary, Nurudeen Hamza, Public Relations Officer, Bello Moh’d Oluwafemi. Auditor and Mercy Ugorji as Welfare Officer.
By Gboyega Adeoye
Post Views: 0 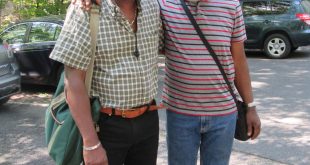