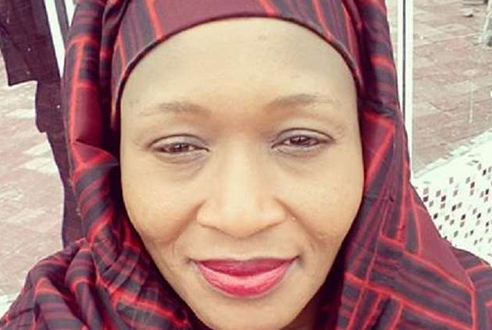 October 27, 2018 Comments Off on Kemi Olunloyo Confesses She has Sexual Issues 78 Views

Olunloye sparked dispute with Davido when she claimed in an online post that the Omo Baba Olowo crooner and his lover, Chioma, had issues with their oelationship over alleged infidelity on the singer’s part.

The claim embittered Davido and in retribution, he wrote in a social media post: “Old ass woman needs some **** I can tell it’s been a while, you are quite rusty down there! Needs oiling.”

Reacting to Davido’s reaction to her post, Olunloye in an interview with Punch, shared her intimate sex life saying “He (Davido) insulted me with sexual references at my age; that is very disrespectful. My children are not moved at all by these things; they call me a social media queen, they love me so much and they have my back. Some of his fans troll me on social media, always threatening to beat me up but I always report their pages so that they would get suspended.

“I dated a man from Delta (State) after I came out of prison but before then, I had not dated anybody for ten years. I was not sexually active because I didn’t have any drive for sex due to the fact that I was circumcised.”