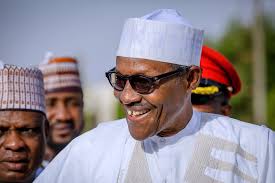 President Muhammadu Buhari has said that the late Maj.-Gen. Tunde Idiagbon was “a very rare example of what loyalty to fatherland and to a superior should be’’, and urged Nigerians to emulate him.

The president gave the charge when he received All Progressives Congress (APC) governorship aspirant and members of the party from the three senatorial  districts of Kwara State at State House, Abuja, on Monday.

Idiagbon, onetime chief of staff at Supreme Headquarters (de facto vice president) under the military regime of Maj.-Gen. Muhammadu Buhari from 1983 to 1985, was an indigene of Kwara state.

Mr Femi Adesina, the President’s Special Adviser on Media and Publicity in a statement in Abuja on Monday, quoted the president as describing late Tunde Idiagbon as strong, loyal and committed Nigerian.

“Tunde was strong, loyal and extremely committed to the cause of positively changing the narrative about Nigeria, which the administration set out to do at that time,” he said..

Buhari recalled how his former deputy, who, while on pilgrimage in Saudi Arabia when the administration was overthrown in 1985, insisted on returning to the country.

He said Idiagbon returned to the country despite the political uncertainty, especially as he had learnt that he, as Commander-in-Chief at that time, had not been killed in the take-over.

The President added that the late  Idiagbon rejected the offer from the King of Saudi Arabia to bring members of his (Idiagbon) family from Nigeria to the Kingdom, as he was his guest at that time, and eventually returned to Nigeria to suffer arrest like he (Buhari) did.

The President further enjoined Nigerians to remain faithful and loyal to the country in all their dealings.

He said: “You don’t have to be in uniform to be loyal. What I said long ago in 1984 is still valid today.

“We have no other country but Nigeria. Others who feel they have another country may choose to go. We will stay here and salvage it together.’’

Buhari thanked the APC stakeholders for the position they had taken to continue to support the party regardless of the outcome of the primaries.

He assured them that, with the unity displayed so far, APC would form the government in Kwara after the 2019 general elections.