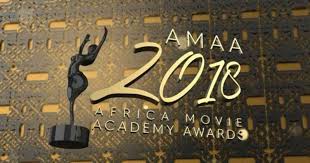 The 2018 edition of the Africa Movie Academy Awards (AMAA) held on Saturday  at the Intare Conference Arena in Kigali, Rwanda. The event which  was to honour actors and filmmakers  was hosted by Nse Ikpe-Etim and Arthur Nkusi.