Nigeria Can be Restructured in 8 Years – Group

Nigeria can be restructured and launched on the path of sustainable development within a time frame of eight years if only Nigerians could agree, the Yoruba Leadership and Peace Initiative (TYLPI), a socio-cultural group based in the South West, has said.

The group, a think-tank composed of astute Yoruba leaders, businessmen, professionals and intellectuals, in a communique at the end of a virtual conference on the topic: “Restructuring: The ideal fit for Yoruba development”, said the nation would make progress if the proposal, on which there was yet to be a national consensus, was implemented in stages. This would not only allay the fears of its opponents, but secure the cooperation of all Nigerians when they see it as beneficial and working.

In the document, signed by TYLPI’s General Secretary, Femi Adefemiwa and Chairman, Publicity Committee, Folu Olamiti, the group backed proposals for the retention of the present geographical state structure of the country, albeit suggested constitutional amendment that would ensure fiscal federalism and substantial devolution of powers to the states. Accordingly, it wants the exclusive legislative list wherein the Federal Government controls 68 legislative items while it shares 24 with states on the concurrent legislative list adjusted for greater efficiency and effectiveness. These include: Education, security (police), Labour matters (such as trade unions, industrial relations, minimum wage, industrial arbitration) health, agriculture, driver’s licensing, prisons, VAT and sundry taxes, death and marriages.

TYLPI also recommended a return to the Westminster (parliamentary) system, with a unicameral legislature to save the nation the prohibitive cost of running the current presidential system, whose winner-takes-all fashion was responsible for desperate ethno-political struggles, corruption and perceived marginalisation by some sections of the country with concomitant restiveness, chaos, crisis and instability. 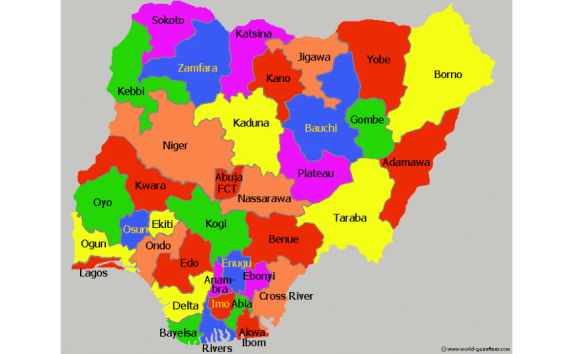 It rejected suggestion that the six-states of the South West be constituted into a region, under a uniform government for ease and cheap cost of running as well as to promote all-round growth, arguing that: “merging them into one regional government, as desirable as it may appear, is likely to generate internal rancour as some people might not be well disposed to surrendering the relative autonomy they had enjoyed for the merger option.”

TYLPI noted that although inevitable, if Nigeria and indeed its components were to witness peace, stability and real advancement, restructuring the country has been difficult if not impossible to achieve due to lack of national consensus as a result of the nation’s complex composition and diverse conflicting interests, particularly opposition by those who may be benefitting from the status quo to embrace change.

The group, therefore proposed an eight-year programme of actions in which immediately feasible and non-controversial aspects of restructuring should be carried out in phases, with the success of each stage assessed and made the basis of advancing to the next. According to TYLPI, this would facilitate the entrenchment of a durable system and build confidence and support for the exercise.

The group promised to lobby the National Assembly, South West governors, legislators, and other stakeholders, as well as other groups of like-mind in the South East, South South, Middle Belt, Northern minority groups and even the core North (which is yet to fully embrace the agenda) to build a national consensus through broad-based sensitization and call for national referendum for ultimate restructuring.

It also urged the Nigerian electorate to support and vote any political parties and candidates for elections from state assemblies to presidency with a blueprint and assurance to restructure Nigeria by way of constitutional amendment within a definite timeline of coming into power in the 2019 elections.

Noting that much attention is focused on institutional restructuring at the expense of “mental restructuring”, TYLPI, in the communique, canvassed education and reorientation of Nigerians towards adopting new attitudes and reasoning other ways out on “how we do things,” adding: “An educated mass of people will provide a burst of vital energy and quality human capital essential for true development. Experience has shown that most advanced and economically prosperous nations of the world including Japan and Singapore lack oil or natural resources, but have their successes powered by human capital development.