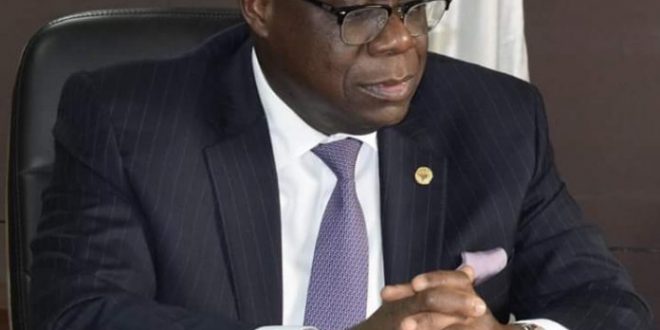 The Lagos State Domestic and Sexual Violence Response Team (DSVRT) says 667 cases of domestic and sexual violence were recorded from July to September this year. Of the number, Alimosho Local Government Area has the highest number which was not diclosed.

Mrs Titilola Vivour-Adeniyi, the Coordinator of the DSVRT, disclosed this on Thursday at Roundtable with NGOs organised by the
European Union-sponsored Rule of Law and Anti-Corruption (RoLAC) Programme.

She said: “The number of reports from the *6820# platform from July to September were 667. “There were 179 domestic violence reports, 201 sexual abuse reports, 143 reports on child abuse and 144 actual cases.

“The local government area with the highest reports is Alimosho followed by Kosofe, Ikorodu and Ikeja. From July to September, the DSVRT attended to 442 clients, 41 of whom were male and 401 female.

Vivour-Adeniyi noted that the purpose of the roundtable with the NGOs was to create a synergy between the organisations and the
DSVRT in fighting gender-based violence.

“We need a forum to share our successes and challenges as well create a centralised database of NGOs,” she said.

Also speaking, Mrs Jibola Ijimakin, the Coordinator of ROLAC, highlighted the purpose of the organisation which is to implement
the work of the justice sector in Nigeria.

“This is to be done in collaboration with key Nigerian institutions and partners. The purpose of ROLAC is to enhance good governance in Nigeria.

“This is to be done by contributing to the strengthening of the rule of law and curbing corruption, reducing impunity and improving
access to justice for women, children and persons with disabilities,” she said.

Ijimakin noted that ROLAC conducted an assessment of the implementation of the Domestic Law in Lagos in June and realised it had low level of partnerships with NGOs.

She added that the meeting was to bridge the gap between ROLAC and the NGOs.

“The assessment was to note the priority areas the ROLAC should support. One of the key findings was that we needed to have more collaboration with NGOs beyond the DSVRT to share information with NGOs about what we are doing,” she said.

In her address of welcome, Mrs Biola Oseni, the Director of the Directorate of Citizens’ Rights, said the roundtable was to highlight the importance of NGOs in tackling the scourge of domestic violence in Lagos State.

“In its response to Sexual and Gender Based Violence, DSVRT has taken cognisance of the fact that the NGOs are the first port of call
for most survivors due to its mien.

“We are therefore not oblivious of the roles NGOs and Civil Society Organisations play in addressing issues of domestic violence
in Lagos State and indeed Nigeria.”

Oseni said the Lagos State Government intended to create a directory of NGOs that respond to gender-based Violence.

“It is our earnest desire that after this roundtable there would be an improvement in synergy between NGOs and DSVRT.

“We hope to also create a directory of NGOs that provides gender based violence responses in the state,” she said.