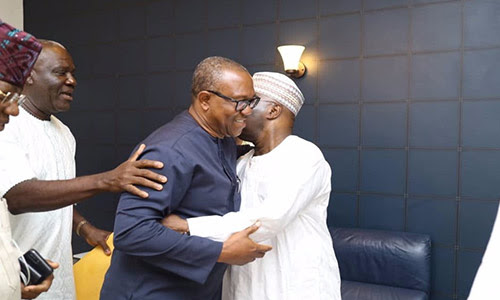 In what looks like a deft move to neutralise the strength of the incumbent administration, there are indications that the presidential candidate of the Peoples Democratic Party, PDP, Alhaji Atiku Abubakar, may have picked a former governor of Anambra State, Peter Obi, as his running mate in the 2019 presidential race.

Atiku was said to have arrived at the choice after narrowing his search for running mate to a politician from the South East.

There had been speculations that the Atiku camp had settled to choose among three technocrats, namely: former governor of Central Bank of Nigeria, Charles Soludo; former Minister of Agriculture and Rural Development, Akinwunmi Adesina; and former Managing Director of Asset Management Company of Nigeria, AMCON, Chike Obi.

The Eastern and Western zones were believed to have helped Atiku neutralise the Northern zones’ delegates’ votes that went to Sokoto State Governor, Aminu Tambuwal, during the presidential primary on Saturday.