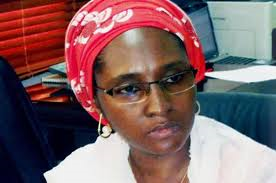 A civic organization focusing on  transparency and accountability, BudgIT has expressed concerns over failure of some states to pay pensions and salaries of civil servants despite huge bailout funds granted them by the federal government.

A press release signed by its Communications Lead, Ayomide Faleye on Sunday  said: “BudgIT, worried that some states are yet to fully offset the outstanding amount owed pensioners and civil servants despite series of bailouts aimed at offsetting the liabilities, recently conducted a survey. The survey aimed at ascertaining the frequency and magnitude of challenges civil servants and pensioners are encountering.

“The survey focused on three different categories of workers in all 36 states namely: primary and secondary school teachers, state midwives and state secretariat workers. Also, attention was paid to ascertain if retirees at the state level are receiving pensions as at when due.”

Faleye disclosed that “From the survey carried out, we discovered that 12 states are yet to offset the amount owed secondary school teachers fully and many states are threatening workers to keep the information away from public domain. Notable among states with outstanding liabilities to secondary teachers is Osun and Kogi state. Osun State has been paying secondary school teachers above level 8 only a fraction of their salaries and entitlement for the last 30 months.

The statement added, “Midwives, whose responsibility includes attending to issues around pregnancy, childbirth, postpartum, women’s sexual and reproductive health and newborn care – are also bugged down by issues including failure of some state to pay  salaries and emolument as at when due. Midwives were questioned  during the survey across the 36 states. BudgIT discovered that 10 states are owing midwives salaries as at close of business on September 24, 2018.

“Delta, Imo, Abia, Osun, Plateau, Bayelsa, Ekiti  and 11 other states owe Pensioners entitlement ranging from  1 month to 36 months. Almost all pensioners expressed how unhappy they are, their dissatisfaction with the government and how hard it has been for them to survive despite years of hard work up into service