Breaking News
Home / News / 17 months after, no justice for Queen’s College girls who died with their dreams 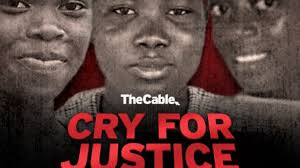 17 months after, no justice for Queen’s College girls who died with their dreams

October 5, 2018 Comments Off on 17 months after, no justice for Queen’s College girls who died with their dreams 35 Views

He was overwhelmed with sadness, and couldn’t hold the tears at the mention of Praise Sodipe, his niece who died—with Bithia and Vivian—under poor condition at Queen’s College in Lagos.

At age eight, Praise had become an orphan and had been living with Lawrence Otun, his uncle. Admitted on merit into the Queen’s College, her dream was to become an accountant, just like her late dad.

The 14 year old fell sick on February 18, 2017 while still at school, and one of her friends assisted her to the sickbay. But no one in the school informed Lawrence or his wife that their girl was ill.

Otun’s wife, who had only gone there on mid-term break to pick her up, had to search frantically before she could locate Praise who thereafter explained she had been unwell. The woman took her to a private hospital at Akoka for medical examination.

By the time they got there, the laboratory had closed for the day while the doctor on duty recommended that malaria treatment should start immediately for three days. When the malaria persisted, the doctor recommended for a scan to be done.

However, he discovered some abscess around her stomach while conducting some checks. He said the girl’s case would have to be referred to the Lagos University Teaching Hospital (LUTH).

Laboratory tests would show that Praise had “perforated intestines.” After undergoing surgery, she spent about five weeks at the hospital while her uncle and the family spent colossal sums of money all in a bid to ensure she stayed alive.

As the case with Praise, tests also revealed 13 year old Bithia’s intestines had been perforated as a result of typhoid occasioned mostly by the consumption of contaminated water and foods. Winning scholarships and many prizes for her brilliant academic performance, the girl’s dream was to become a lawyer.

An investigative series by TheCable showed the negligence by the school management to respond to complaints and years of decadence and rot of facilities in the college as well as the failure of officials of the federal ministry of education in Abuja in effectively and efficiently performing their regulatory and oversight functions over unity schools in the country, apparently, resulted in the tragic deaths of the three girls.

TheCable found the students’ deaths could have been prevented had Lami Amodu, the then school principal, acted on time. Amodu is now the director of basic education in the country.

The Lagos ministry of health would later reveal to the public that health records from the school’s sickbay indicated that that no less than 1,200 pupils had come to the school’s sickbay between January 15 and February 15, 2017 on account of abdominal pain, fever, vomiting and diarrhea as a result of the gastroenteritis epidemic.

The health ministry said tests carried out on water facilities in the school remained unsatisfactory.

For instance, the state-sanctioned tests revealed that pathogens like toxin producing E.Coli, Diarheogenic E. Coli, Novo virus, E. Coli STEC, Salmonella Spp. and Campylobacter Spp. were present in the water students were drinking in the school.

Another test conducted by the health ministry on the food handlers in the college also revealed that they were carriers of amoebiasis, typhoid and tapeworm. To compound an already bad situation, sewage-contaminated water was used for cooking.

Following TheCable’s investigation, Adamu Adamu, minister of education, promised to probe the college’s management over the death of the girls.

“The (initial) investigation was done by this ministry in conjunction with the ministry of ‎health. And what they discovered… the problem came about because of overstretched facilities and some infections going into the water system of the college,” he had said in an interview with TheCable.

The Socio-Economic Rights and Accountability Project (SERAP), a civil society organisation, had also petitioned the United Nations to compel the federal government to investigate the death of the three girls. 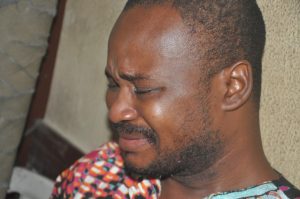 It is over a year now and nobody has been made to answer for the lives of the girls whose beautiful dreams were cut short.

“Did the government really set up any committee to look into this”? Otun, whose voice shivered with anger, asked when TheCable visited him recently.

“How far have they gone? We’ve not seen any feedback since they promised to probe. Nobody has been prosecuted, and everybody is now silent.”

The memories of Praise still flood her uncle’s mind. Occasionally, Otun would go into Praise’ room and he would wish he could have a feel of her niece again. He had promised his late sister he would watch over the little girl and ensure she got the best education.

“I don’t like remembering her death. It’s a horrible experience. She was one brilliant girl I had promised to go any length for. I spent good money to ensure she got sound education. What a wasted effort! She was the only daughter of my late sister. Up till now, I still go inside her room. I feel her absence every day.”

Praise’s avoidable death made Otun decide not to put his daughters in a boarding school.

“I had to send them to a day school, because I’m still traumatised by Praise death,” he said.

Otun is almost giving up, and he fears those responsible for the death of her niece may go free.

“You know the kind of country we are, when the people involved are well connected, getting justice might be difficult.”

Again, breaking into tears, Lawrence said “at the appointed time, God will judge everyone according to the works of their hands.”

When TheCable visited the college recently, the acting principal was not on seat. A member of staff who appeared as the principal’s secretary, at the time of visit, easily threw the matter away, saying it’s been resolved.

“What are you still looking for? We have settled this matter, so don’t disturb yourself again,” she told TheCable reporter, adding that if anyone wants an audience with the acting principal, they should send in a formal letter.

Officials of the school’s parents teachers association (PTA) weren’t going to talk about the matter. Obi-Nwoye Ify, the association’s public relations officer who, eventually, responded to an inquiry by TheCable said the executives of the PTA and entire college will not be part of the matter again.

“What follow up report on a case that has been investigated by the senate, house of rep and the ministry and Amodu completely exonerated? Who is sponsoring this again?” she wrote in her response.

Willy Bassey, director of press at the ministry of education, did not answer calls placed to his telephone, and had not responded to a message sent to him at the time this report was filed.