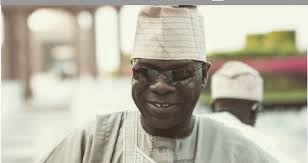 Chairman of the Lagos chapter of the All Progressives Congress, Tunde Balogun, has countered the invalidation of the Tuesday primary election by the National Working Committee, NWC, of the party, saying the governorship poll remains valid and that the result will soon be announced.

His position came minutes after the party’s NWC panel, led by Mr. Clement Ebri, declared the primary null and void.

Ebri at a press conference at Protea Hotel, Alausa, Ikeja, Lagos, said the primary could not have held because the guidelines for the conduct of the election were still being ironed out.

But Balogun insisted that the primary had held and that the results would soon be announced.

He said, “Of course, the primary election took place in all the 245 wards in Lagos State and it was peaceful; not a single case of violence was recorded. It was peaceful, it was fair, it was just and transparent.

“The election stands, because it was conducted according to the constitution of our party.”