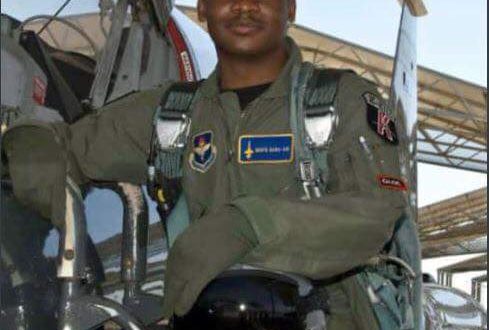 A Pilot, Sqn Ldr MB Baba-Ari, has been confirmed dead while trying to eject himself from the aircraft following a collision of the two F7-Ni fighter Aircraft in Abuja yesterday.

However two other pilots involved in the mishap Sqn Ldr Abatuba and Flt Lt Ambi were able to eject themselves without coming to any harm.

It will be recalled that the collision occurred on Friday during the Independence day parade rehearsal.

“Thankfully no lives were lost. Details will be communicated later. Thank you,” he had said confirming the crash.