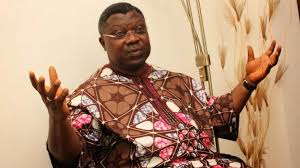 Why Omisore May Not Support PDP In Osun Rerun

September 26, 2018 Comments Off on Why Omisore May Not Support PDP In Osun Rerun 44 Views

Share
I have been following debates on why Senator Iyiola Omisore may work for his former party, PDP, to defeat APC in the rerun of Osun’s inconclusive governorship election tomorrow.
In my opinion, tomorrow’s rerun may be an easy win for APC as the party and PDP compete to win Otunba Iyiola Omisore’s support in the cliff-hanger poll that will determine who succeeds Governor Rauf Aregbesola later in the year.
But as things stand, I believe the odd is against PDP, as Omisore may decide to have his pound of flesh from a party he considers as ungrateful to him and the betrayal of its leading lights, who are calling the shots today and who orchestrated chains of activities that led him to exit from the party.
First, the incumbent Osun State Chairman of PDP, Mr Soji Adagunodo, is a product of Omisore. Omisore once sponsored him to the House of Assembly. Today, he is Omisore’s arch-enemy after Adagunodo allegedly connived with Governor Ayo Fayose of Ekiti State to cause chains of events that forced Omisore out of the party. How? Even though Omisore participated in various activities that enabled Fayose win the 2014 election in Ekiti State, Fayose paid Omisore back with evil by opting to support Senator Ademola Adeleke to sidetrack Omisore in the last senatorial by-election, which Adeleke won after the death of his brother, Senator Isiaka Adeleke.
The undoing of Omisore by Fayose was part of Fayose’s strategy to undo all powerful leaders in the South West to enable him climb to the top to pursue his vice presidential election. Therefore, Fayose used the party national Exco effectively in the hands of his South South friends to work against Omisore to clear the way for his unrivalled leadership
Again, during the last guber election, Fayose allegedly worked for Aregbesola to undo Omisore, a member of his own party, in the election that Omisore eventually lost. Aregbe allegedly paid back by allegedly supporting Fayose in a contest between his party’s candidate, Dr Kayode Fayemi, in the 2014 guber election.
After Omisore lost all, the alleged conspiracy between Fayose and Adagunodo working for Adeleke angered Omisore. The state chairman’s conduct of betrayal coupled with Fayose’s ungrateful conduct  led to Omisore’s exit from PDP, as he saw himself struggling to survive among enemies.
As earlier hinted, the reason why Fayose joined anti-Omisore sentiment was because of his rabid thirst for the South-West leadership of PDP after he undid former Governor Segun Mimiko, Prof Tunde Adeniran and Chief Bode George, the three top South West leaders that Fayose feared as impediment to his ascendancy to the South West power wielder.
Fayose went for the jugulars of these leaders after his botched plot to be chairman of PDP Governors Forum, which he lost to Mimiko. Fayose became the forum’s chair after Mimiko left office.
As for Adeniran, Fayose canvassed against the former Education Minister as the National Chairman of PDP so that he could become the VP candidate. Fayose undid Bode George for same reason.
In Ekiti State, Fayose is alleged to be currently working against Kayode Alufa in the senatorial contest in favour of Barrister Obafemi Adewale.  Alufa is Omisore’s friend and supporter in a contest of supremacy between Omisore and Fayose in the South West politics. Fayose has since become Senator Adeleke’s main backer to undo Omisore in Osun politics and Adeleke is enjoying the blues while Omisore struggles for political survival
Omisore is conscious of Fayose’s ambition to ensure PDP’s success in the South West for his own political survival. And since Omisore is also struggling for his political and business survival, it is doubtful if he will abandon his personal interest for the survival of the interests of his political rivals who at one point or the other contributed to his political misfortunes.
Post Views: 0