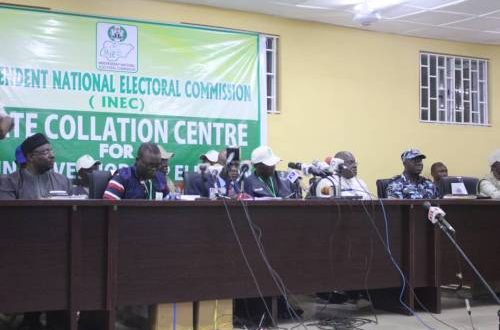 The reason adduced was for the tin margin in the victory line between the Peoples Democratic Party, PDP and the runner up, the All Progressives Congress, APC, even as there were some voting cancellations in some polling booths across the state.

INEC announced that 3,498 votes are hanging in the areas where votes were cancelled and as such were not counted due to one problem or the other.

According to INEC, a new date would be fixed for rerun elections in those polling booths where elections could not hold due to electoral process hitches.

There has been relative calm since the announcement was made, despite that one of the affected candidates, Ademola Adeleke of the PDP, has forewarned INEC not to toy with the idea of a rerun, saying a winner had to be announced from the Saturday election