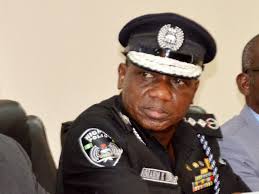 Share
Residents of Millenium Citi Centre Estate in Gbagada have sued the Inspector-General of Police (IGP) Ibrahim Idris and officers of the IGP monitoring unit for alleged unlawful arrests and detention. They are demanding N250million damages from the defendants.
In a fundamental human rights suit filed before a Federal High Court in Lagos, the applicants prayed the court to declare that the alleged invasion of their estate by men of the IGP monitoring unit was illegal.
The appliacants are the estate’s chairman Mr Soji Adeniji, an engineer, its Chief Security Officer, Mr William Iyeke, a resident Mr Julius Babasola and the Registered Trustees of Millenium Citi Centre Estate.
Joined in the suit are the administrators of the Estate of late Emmanuel Ashamu Family, Mrs Titi Ashamu, Mr Tunde Ashamu, attorney to the Emmanuel Oyedele Ashamu family, Mr Amodu Fatai, the IGP, and members of the IGP Monitoring Unit namely Aliyu Abubakar, an Assistant Commissioner of Police (ACP), Aminu Sokoto and Sunday Daramola, both Assistant Superintendents of Police (ASPs).
In the suit filed through their lawyer Kola Olapoju, the applicants sought a declaration that the policemen’s alleged invasion of their estate together with the agents and privies of the first to third respondents “is illegal, oppressive, unconstitutional, null and void as it violates the applicants’ fundamental rights to freedom of Movement”.
They sought a declaration that the arrest and continued detention of Iyeke and Babasola at the IGP’s office at Louis Edet House, Abuja by men of the Monitoring Unit “at the instance of the first to third respondents” is illegal, oppressive, unconstitutional, null and void.
The applicants sought a declaration that the repeated invasion of Adeniyi’s residence without a warrant of arrest based on trumped up allegations is illegal, oppressive, unconstitutional, null and void as it violates his fundamental rights to fair hearing.
The applicants are challenging a September 17 invitation letter by the IGP Unit sent to Adeniyi asking him to report to on September 25 at the IGP’s office in Abuja by 1000hrs is illegal.
The applicants said the estate chairman was “discharging his lawful duties,” and that inviting him over a criminal complaint “amounts to an infraction of the first applicant’s right to liberty, dignity and freedom of movement” as guaranteed by the 1999 Constitution and the African Charter on Human and Peoples’ Rights.
They sought an order of perpetual Injunction restraining the respondents jointly and/or severally from threatening or proceeding against them in any manner “on the basis of the facts and circumstances culminating in the criminal complaint lodged by the first to third respondents”.
Among other reliefs, they sought an order of Perpetual Injunction restraining the men of the IGP Monitoring Unit or anybody acting with their authority from arresting or re-arresting, further detaining or harassing them.
They applicants said they were being harassed over their ownership of property in the estate.
Adeniyi said he is a lawful property owner and resident of the Millennium Citi Centre Estate, who like 500 other Landlords duly purchased his property from either of the three or more feuding families, including the defendants.
“Three of the families (including the Emmanuel Oyedele Ashamu Family represented by the 1st – 3rd Respondents herein) are currently embroiled in civil litigations at different stages in various courts in Nigeria, while none has obtained judgment entitling them to possession of the estate lands, all of which had already been sold, and for which they obtained considerations and passed title to the respective occupants,” the applicants said.
They said they had reached out to the feuding families, expressing their neutrality, and pledging cooperation with whoever gets the nod of the courts as the rightful owners of the land.
According to them, the trumped up allegations for which the arrests were made was a bid to “obtain from the back door what they could not officially obtain from the regular courts, and thus blackmail and arm-twist the first and fourth applicants into allowing them into the Estate at the likely detriments of the other families still engaged in litigation with them in court”.
The applicants said they have not committed any criminal offence and are not caught up in any of the constitutionally prescribed situations that would allow for the derogation or deprivation of their personal liberties or dignity of their persons.
No date has been fixed for hearing.
Post Views: 0