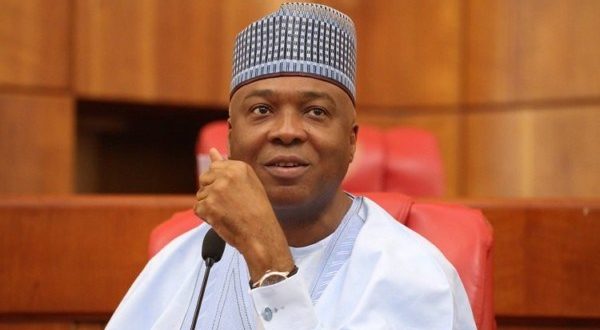 Saraki revealed a part of his family history, while addressing PDP delegates in Oyo State during a meeting during which he solicited their votes.

The Senate President had said that he considered Oyo his home because his paternal grandmother was from Iseyin area of the state adding that if he became President the state’s priorities would be protected.

The Punch Newspaper revealed that Saraki made a snide remark about the incumbent, President Muhammadu Buhari quoting him as saying:  “When your president sits with world presidents, he should be able to understand what they are saying. That is why presidents who have visited the country did not stay more than a few hours. But when they know that their host understands them, they will stay longer and explore investment opportunities in Nigeria.”