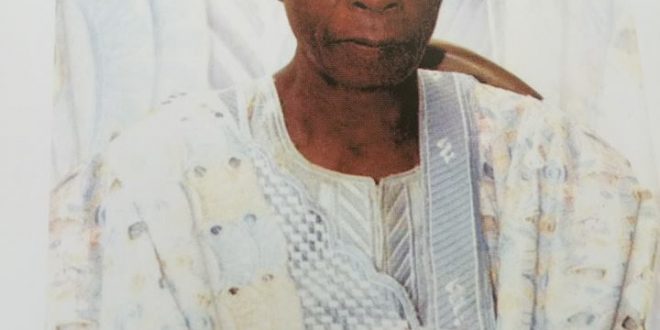 Pa Adams, according to close family source, passed on in the early hour of Saturday in a private hospital in Lagos.

He died at the ripe age of 84 and was a staunch Muslim during his lifetime.

During his lifetime, Pa Lamidi Adams was a successful businessman and he ran a private transport business in Oturkpo, Benue State before joining Desmony Nig. Ltd in Lagos..

At Desmony Nigeria Ltd, an Italian company, he was the Head, Transport Unit before venturing into his personal transport business, full scale.

He was survived by Iba Gani Adams, The Aare Onakakanfo of Yoruba Land and many other children, grandchildren and great grandchildren.

He will be remembered for his philosophical wits, great business management skill and uncommon native wisdom.

The burial arrangements will be announced later.

Share
Previous ‘I Must Do The Honourable Thing’: Full Text Of Adeosun’s Resignation Letter
Next Ikuforiji: Court Sustains Forgery Case