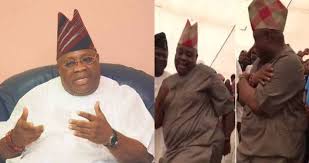 The court presided over by Justice O.A. Musa also restrained the Independent National Electoral Commission (INEC) from recognising Adeleke as the candidate of the PDP in the election.

The court, in Abuja, further gave an order compelling the West African Examination Council (WAEC) to depose to an affidavit confirming that Adeleke sat for the Senior Secondary School Examination in May/June 1981 conducted by the examination body at Ede Muslim High School in Osun State within five working days of being served the order.

The order followed a suit, number: FCT/HC/BW/CV/122/2018, filed by Mr Wahab Adekunle Raheem and Mr Adam Omoselawa Habeeb in which Adeleke, PDP, and INEC were joined as first, second and third defendants respectively.