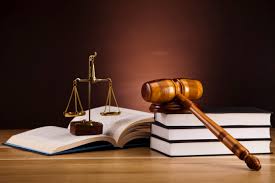 The court presided over by Justice Mohammed Idris, fixed the judgment today, after the prosecution and defence have adopted their written addresses.

The accused is being tried before the court by the Economic and Financial Crimes Commission (EFCC) on a 13 count-charge, bordering on conspiracy, forgery, and exporting the said forged cheques outside Nigeria.

The accused has been facing trial for the past 12 years.

He was also alleged to have attempted to export the said Cheques to foreign country through the offices of United Parcel Services (UPS), situated at Somolu and Gbagada.

He had pleaded not guilty to the charge, when first arraigned before the court in 2007, and was admitted to bail.

In the cause of the accused trial, the court had to revoke his bail after the accused had severally refused to attend his trial.

Justice Idris as at last hearing of the matter, had foreclosed the accused right to open his defence, due to alleged prolong delay.

The court had noted that in further delaying the case, the accused had changed counsels, who at different occasions sought for adjournments to enable them prepare their defence.

The actions, which Justice Idris declared as ‘ploy to continue to delay and frustrate the case, which he inherited from two judges of the court’.