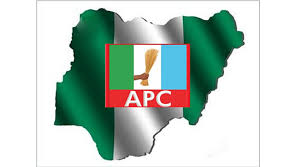 The party announced a one-day extension changing the deadline from September 10, to 11th of the same month

The All Progressives Congress (APC) said it has extended the deadline for the sale and submission of presidential, governorship, National Assembly and House of Assembly forms to Tuesday, September 11, 2018.

This was contained in a statement by the party’s acting national publicity secretary, Yekini Nabena.

All aspirants for the listed positions are to submit their duly completed forms to the APC National Secretariat and the Party’s State Secretariat in the case of House of Assembly on or before the close of work of the new deadline.

Meanwhile, it has been earlier reported that APC asked its aspirants for state assemblies, who are unable to buy nomination forms in their states, to go to the national secretariat of the party.

The party, in a statement by its acting national publicity secretary, Yekini Nabena, said it had received complaints from some states assembly aspirants that they were unable to access nomination forms.