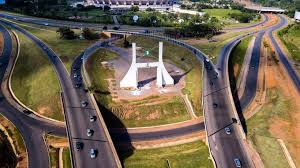 There was panic in some parts of Abuja following reports of a land tremor on Wednesday night.

Residents of the affected areas have been sharing their experiences on social media while calling on relevant authorities to clarify the situation.

It was gathered that the National Emergency Management Authority had confirmed it was a land tremor, other relevant agencies of government are yet to make any official statement over 12 hours after the incident was reported.

A former presidential aide, Dr Joe Abah, wrote on Twitter that he felt the sensation at his home in Jabi area about 9 pm.

He Tweeted with his verified handle, @DrJoeAbah: “I felt my house in Jabi, Abuja, vibrate around 9 pm last night. It didn’t feel like an earth tremor. It was more like an explosion that pushed air, rattled the windows and shook chandeliers. Almost exactly like when the This Day Office in Utako was bombed some years ago.”

A person tweeted: “What just happened in parts of Abuja? The building I am in just vibrated. Maitama, Katampe, Gwarimpa all felt it! Pls confirm locations…

Another Twitter user wrote: “Almost exactly. However, there wasn’t any loud explosions to suggest bombing or even quarrying.

The user, however, suggested it could be any of the following: “My thoughts;

Another Twitter user, Andrew Ogboro, said he had already reported the incident to officials of the National Emergency Management Authority and they promised to carry out necessary checks.

“Also felt it in Maitama extension. Heard it first occurred around midday. Have alerted NEMA and waiting for them as they have promised to carry out a check so we know what’s happening. It was frightening,” Ogbodo tweeted.

Another resident tweeted: “I felt this too. I stay in Maitama. The vibration happened twice yesterday. Late in the afternoon & at about 8 pm.”

“I noticed same in Area 11, Abuja. I was shocked,” another resident wrote.

“Now I understand, a friend asked if there is bomb blast anywhere last night. He stays in Gwarimpa,” another resident tweeted.

Another resident who reacted wrote: “Felt same too at Katampe Extension.” 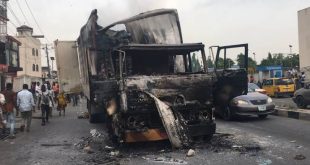