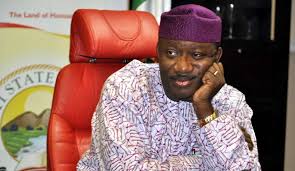 No less than 260 aspirants have so far declared interests in senatorial, House of Representatives and House of Assembly seats in next year’s general elections in Ekiti State.

The 260 aspirants are all gunning for the three senatorial seats, six House of Representatives’ seats and 26 seats in the House of Assembly in the 2019 elections.

No fewer than 40 persons are currently seeking the nod of their political parties for the national and state assemblies’ seats from the five most visible parties in the state.

The number of aspirants is expected to increase as the build-up to the 2019 polls continues to gather momentum.

The prominent parties in the state are: the ruling Peoples Democratic Party (PDP), the incoming All Progressives Congress (APC), Labour Party (LP), MEGA Party, Accord Party (AP) and the Peoples Party of Nigeria (PPN).

Many of the aspirants have flooded Ado-Ekiti, the state capital, and other major towns, like Ikole-Ekiti, Ikere-Ekiti, Ijero-Ekiti, Emure-Ekiti and Ifaki-Ekiti, with their campaign billboards, handbills and posters.

Also, the former Secretary-General of the Nigeria Bar Association (NBA), Mr. Obafemi Adewale and a former member of the House of Representatives, Mr. Opeyemi Bamidele have indicated interests in the seats.

Others are: a former chairman of the Nigeria Union of Journalists (NUJ) in the state, Mr Tai Oguntayo; a former Chief of Staff, Chief Yemi Adaramodu and the former Special Adviser on Documentation, Hakeem Jamiu.

The list also include: Dr Segun Osinkolu, Mr. Demola Oladaiye and Mr Abayomi Lostay, among others.

Bamidele, who was Commissioner for Information and Strategy in Lagos State said that he is in the senatorial race.

He said the people of Ekiti Central Senatorial District considered him worthy of the office.

Also, Senator Arise said he is the best to represent the people of Ekiti North Senatorial District, considering his previous experience in the Senate, business background and track record.

Oguntayo, who is the chairman of the Association of Nigerian Authors (ANA), pledged to bring his vast experience in unionism and public service into the legislative chamber in the state assembly.

He is also a former Secretary to Ekiti West Local Government Area.

The chairman of PPN in the state, Chief Dare Adekolu, said that many of his party members were interested in one elective post or the other.

According to him, the party has no problems with the number of aspirants as it shows how democratic a party can be in accommodating all shades of opinions and aspirations.

Adekolu said the Independent National Electoral Commission (INEC) had directed that the political parties must conduct their primaries between September and October.

The PPN chairman said the outcome of such primaries would determine who would become the flag bearers of the various parties in next year’s general elections.

There are reports that the parties in the state have kept the names of their presidential aspirants close to their chests.