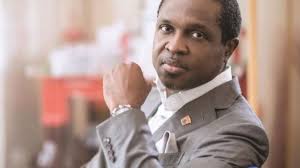 Tonye Cole, an executive director of Sahara Group, has resigned from his position to join active politics.

Cole, who co-founded the company in 1996, will be contesting for the gubernatorial seat in Rivers.

“The Board and management of The Sahara Group of Companies wish to inform the general public and other stakeholders that one of our co-founders and Executive Director, Mr Tonye Patrick Cole has formally informed the Board of his decision to participate in active politics,” the statement released on the company’s website read.

“The Sahara Group wishes to state for the record that as a non-political and non-partisan group, it is not affiliated to any political party in any country we operate in and does not engage in Nigerian politics.

“Cole’s decision to participate in active politics is his individual preference and choice to which he is entitled.

“In accordance to Sahara Group’s Corporate Governance Charter and International best practice which prohibits any of our key Management or Board members from partaking in active politics, promoting or supporting any particular political organization or ideology, Mr Tonye Cole has resigned all his Board appointments and day to day responsibilities for the Sahara Group companies and its affiliates with immediate effect.”

Rotimi Amaechi, minister of transportation, had earlier denied claims that Tonye Cole is his candidate for the 2019 governorship election in Rivers.

“To clarify this fallacy… as an individual, a registered voter and a card-carrying APC member from Rivers State, it’s the Honourable Minister’s inalienable, constitutionally enshrined democratic right to back/support/promote any qualified fellow party member of his choice, to aspire to be the candidate of the party in the State in the forthcoming governorship election or any other election,” a statement by his media team read.